For people in parts of Pilbara district.

Heavy rainfall in the Pilbara, extending into the far southwest of the Kimberley on Monday.

HEAVY RAINFALL which may lead to FLASH FLOODING is expected in parts of the Pilbara south of Port Hedland today and then extend into the far southwest of Kimberley on Monday. Rainfall rates will gradually ease from the south of the warning area later today and then throughout by late Monday evening.

A Flood Watch is current for the Pilbara Coast Rivers. Please refer to www.bom.gov.au/wa/warnings/

24 hour rainfall totals to 9am Sunday include : 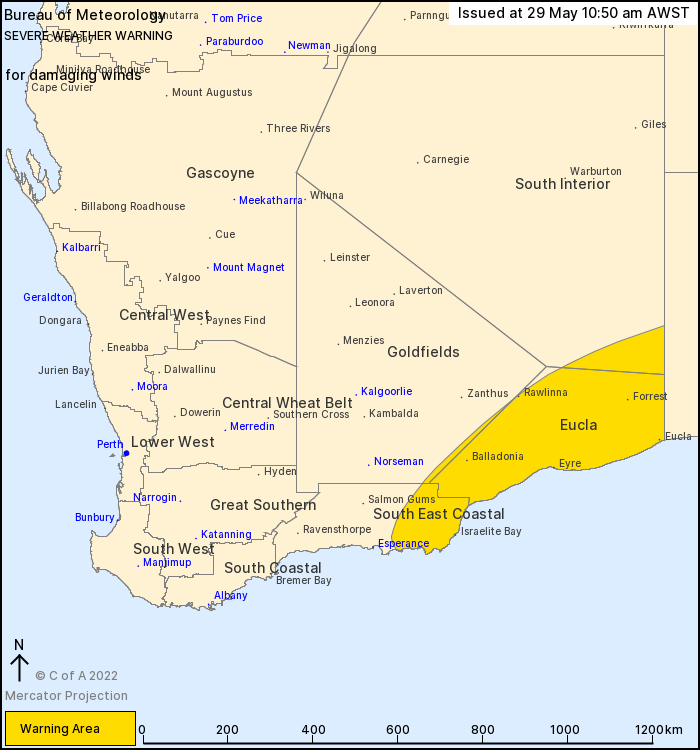