Weather Situation: A low pressure system and associated series of troughs will approach southwest WA on Monday afternoon, moving east across the southwest of the state on Monday night. The low is forecast to track southeast and move offshore on Tuesday.

HEAVY RAINFALL which may lead to FLASH FLOODING is forecast for locations south of Jurien Bay, extending from the coast to the Darling Scarp from Monday morning into the afternoon. Six-hourly rainfall totals between 50 to 70 mm are possible.

Locations which may be affected include Jurien Bay, Perth, Mandurah, Bunbury, Busselton and Margaret River.

Slippery roads and gusty winds will make driving conditions dangerous on Monday in the Perth Area.

People in the southwest of WA experience a front as windy as this about 5 times per year. 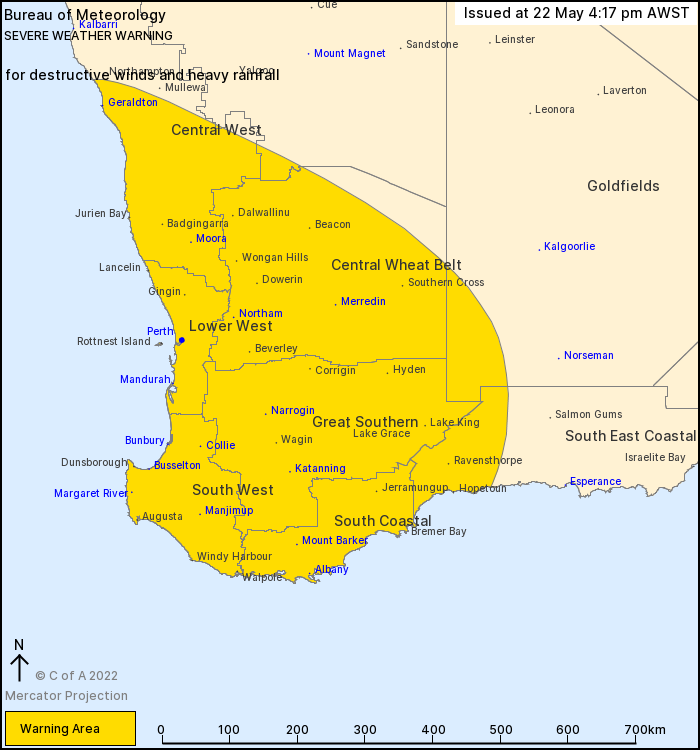