A slow moving trough moves eastwards across the Pilbara with and associated rain band.

In the 24 hours to 9:00 am Wednesday, rainfall totals up to 88 mm have been recorded over the flood watch area.

The flood watch area catchments are wetting up due to recent rainfall.

Heavy rainfall is forecast to continue over the Pilbara, far northeastern Gascoyne and adjacent western Interiors, easing later Wednesday. Six-hourly rainfall totals between 50 and 80 mm are likely for the Pilbara and further inland, with isolated totals up to 100 mm possible about the coastal fringe.

While heavy falls are not uncommon through this area, they are unusual at this time of year.

Significant flooding of low lying areas and river rises are expected to continue for next couple of days. Some secondary roads are now impassable and primary routes are affected as well in places. Many roads, and possibly primary and secondary highways, may be further affected. Some communities and homesteads may become isolated. Check road conditions before travelling.

Please raise awareness among travellers who may be expecting dry conditions at this time of the year.

A severe weather warning is current for parts of Pilbara and Interior districts. 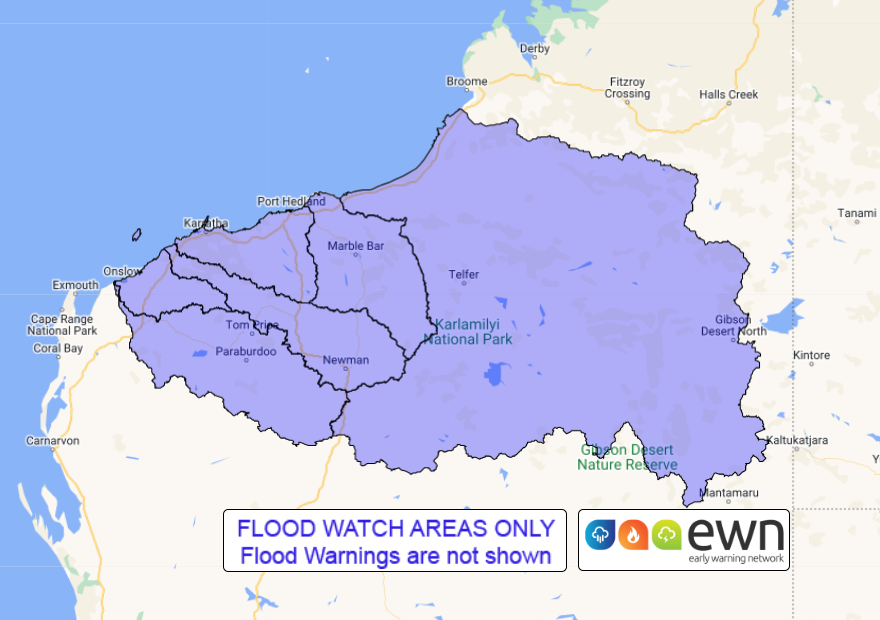