An upper trough will deepen a slow-moving surface trough over the Pilbara district today, resulting in the formation of a cloudband with embedded thunderstorms. The trough and associated cloudband are forecast to weaken on Wednesday.

In the 24 hours to 9:00 am Tuesday, rainfall totals up to 75 mm have been recorded over the flood watch area.

Catchments in the Flood Watch area are moderately dry with some areas still wet with isolated areas of flooding from last weeks rainfall, particularly around Pannawonica and Onslow.

Heavy rainfall is forecast to continue over the Pilbara district, extending further inland during the day and overnight to reach central desert areas and the northeastern Gascoyne during Wednesday. Six-hourly rainfall totals between
70 and 100 mm are likely for the Pilbara, with isolated totals around 120 mm possible about the coastal fringe. Further inland, six-hourly rainfall totals between 60 to 90 mm are likely.

While heavy falls are not uncommon through this area, they are unusual at this time of year.

Flooding of low lying areas and river rises are expected. Many roads, and possibly primary and secondary highways, may be affected. Some communities and homesteads may become isolated. Check road conditions before travelling.

Please raise awareness among travellers who may be expecting dry conditions at this time of the year.

A severe weather warning is current for parts of Pilbara and Interior districts. 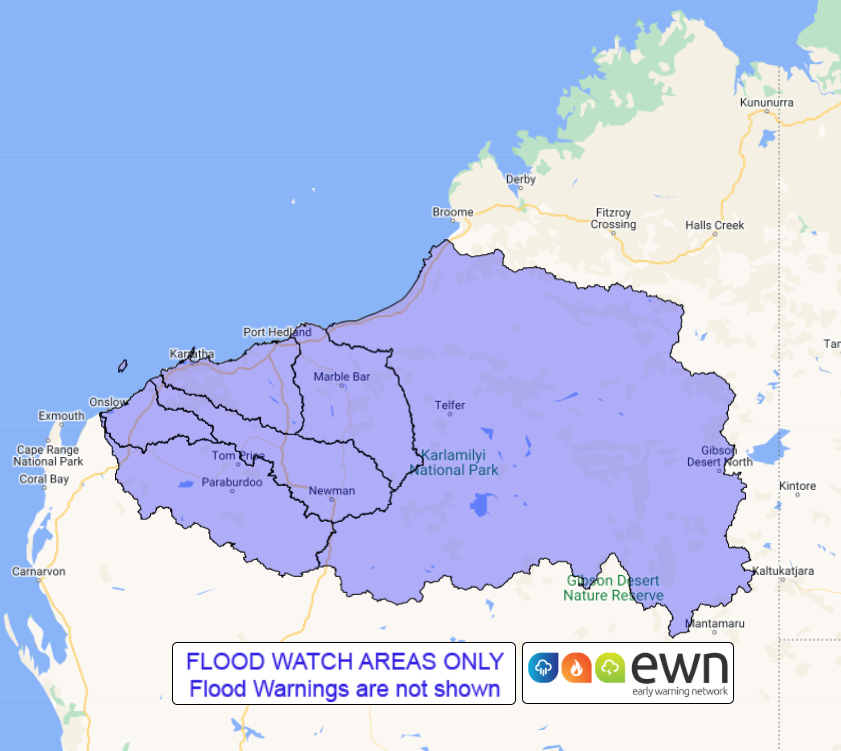