FLOODING IS POSSIBLE IN THE KIMBERLEY AND DESERT CATCHMENTS

A developing Tropical Low is expected to move into the southeast Kimberley across the WA/NT border on Sunday and become slow moving over the southern Kimberley or adjacent North Interior on Monday before moving further west middle of next week bringing widespread heavy rainfall.

In the 24 hours to 9:00 am Sunday rainfall totals of 30-70 mm were recorded in the Kimberley catchments.

Rainfall totals forecast for the remainder of Sunday will range from 50 to 100 mm with isolated totals up to 150 mm in the West Kimberley and Fitzroy River catchments.

Rainfall totals of 100-180 mm with isolated totals up to 250 mm are expected on Monday across the Kimberley and northern Desert catchments.

Flooding in low lying areas and river rises are expected. Many roads, and possibly main highways, may be affected. Some communities and homesteads may become isolated. Check road conditions before travelling. 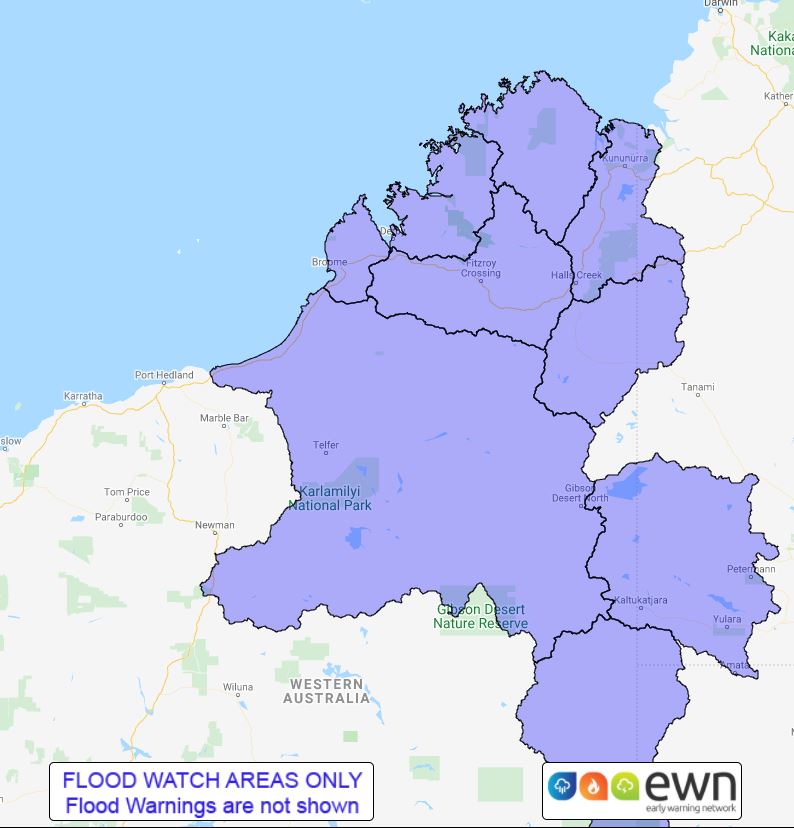