Weather Situation
Warm to hot and dry conditions, combined with fresh and gusty S to SE winds, becoming strong along the coast, will combine and lead to severe fire danger over parts of the Gascoyne as well as the West Pilbara, Exmouth Gulf and Central West Coasts during Thursday. 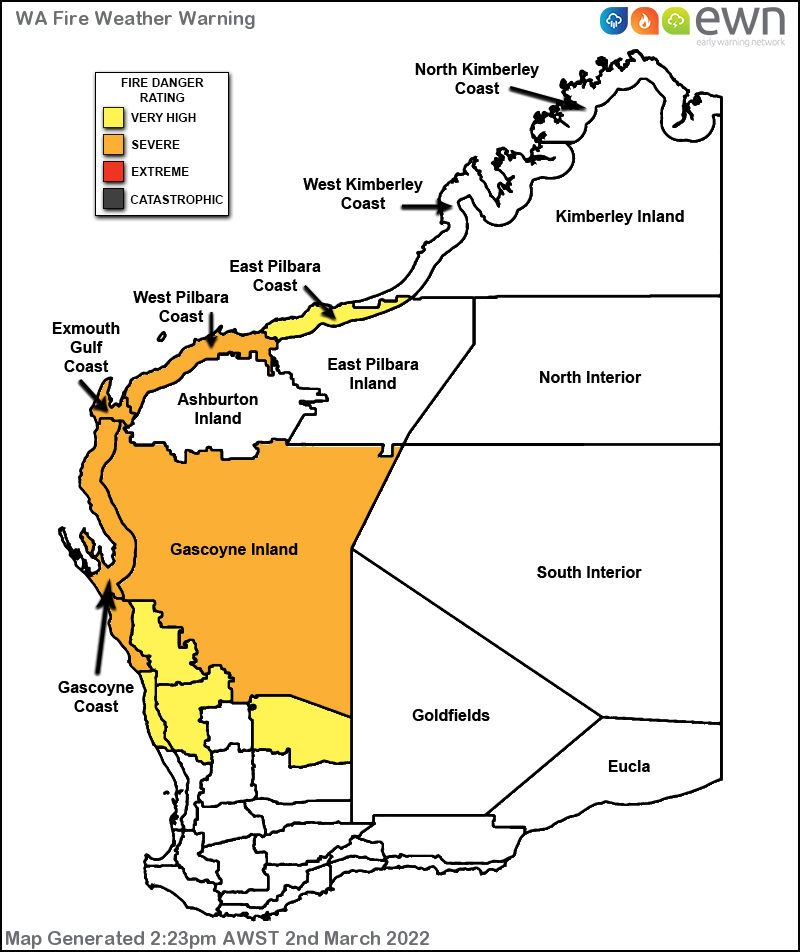