Weather Situation
Very hot and dry conditions will continue over northern and western parts of Western Australia on Friday. A trough will extend from the central Gascoyne to the Great Southern district with fresh and gusty northeast to northwest winds to the east of the trough over the inland Gascoyne, Central Wheat Belt, inland Central West, western Goldfields and the eastern Great Southern. Winds to the west of the trough will tend south to southwesterly and become fresh and gusty during the afternoon over the western Gascoyne, far western Pilbara and the Central West districts. 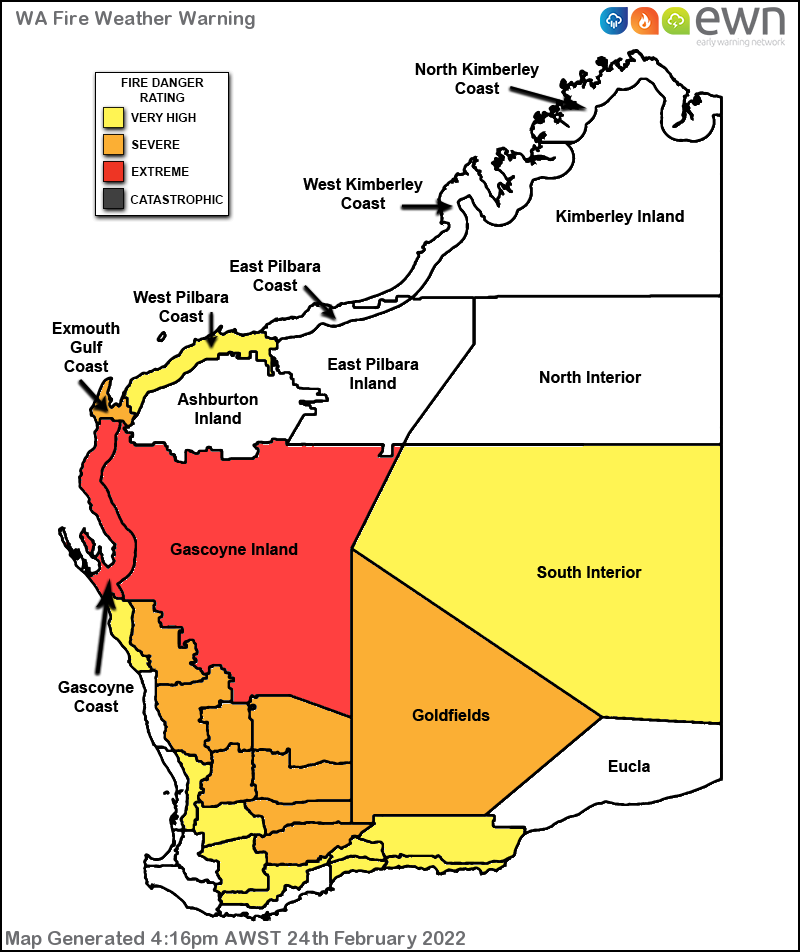