Weather Situation
Hot to very hot and dry conditions will develop across the Gascoyne and Central west coasts, parts of inland Central west as well as Leeuwin and Nelson fire districts on Friday as east to northeasterly freshen and become gusty during the morning and early afternoon. Fresh and gusty afternoon sea breezes are forecast for coastal districts, pushing into most of the Inland Central West district in the evening. 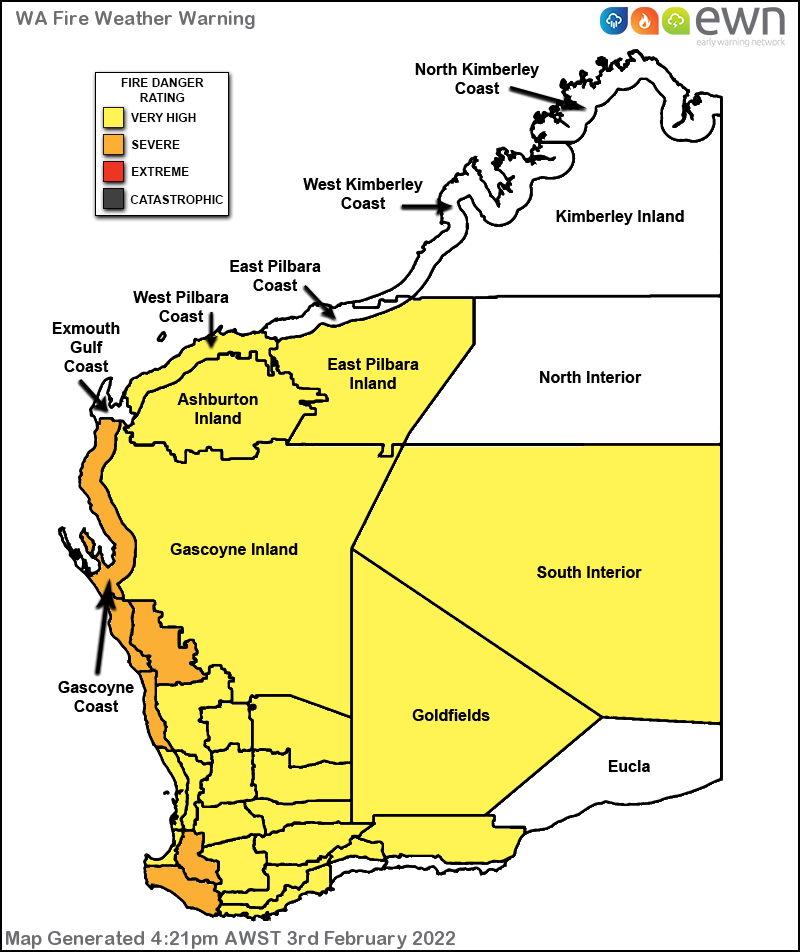