Weather Situation
Very hot and dry conditions will extend from the Pilbara down the west coast to southern parts of the South West Land Division on Sunday. Fresh and gusty northeast to southeast winds are forecast for the Gascoyne and inland Pilbara during Sunday morning. Fresh and gusty afternoon sea breezes are forecast over the Pilbara and Gascoyne coasts. A fresh and gusty southeast to southwest change will move through western parts of the South West Land Division during Sunday afternoon and evening. 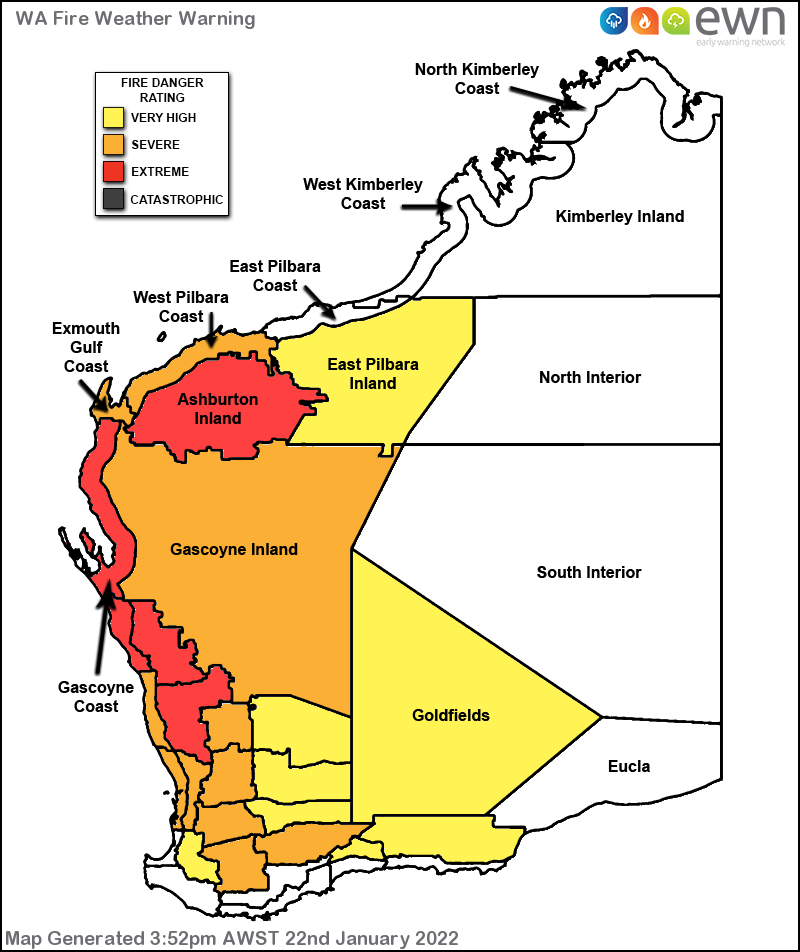