Very hot and dry conditions will continue in parts of Western Australia on Thursday. Fresh and gusty northeast to southeast winds are forecast in the Pilbara, Gascoyne and Interior. Moderate northeast to northwest winds in the eastern SWLD and Goldfields tending southeast to southwest during the afternoon. Fresh to strong and gusty afternoon sea breezes are forecast for the West Pilbara coast, Central West and Gascoyne districts.

Action your Bushfire Survival Plan now.
Monitor the fire and weather situation through your local radio station, www.emergency.wa.gov.au and www.bom.gov.au.
Call 000 (Triple Zero) in an emergency.

For information on preparing for bushfires go to www.dfes.wa.gov.au. 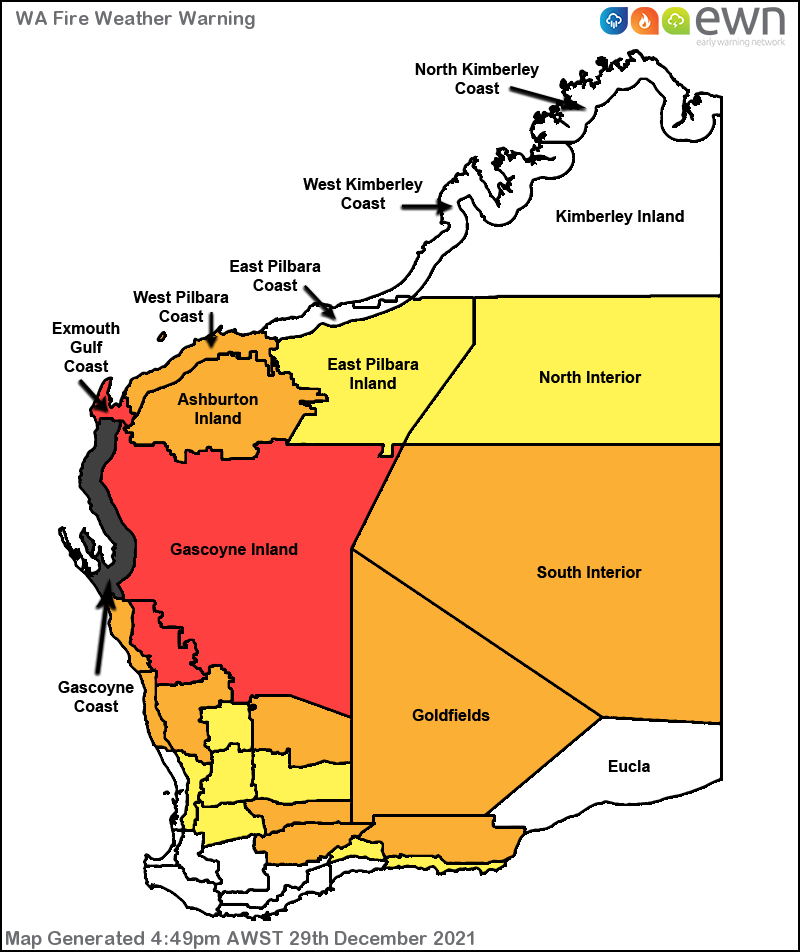