Weather Situation
Very hot and dry conditions will continue in the north and west of Western Australia on Wednesday. Fresh and gusty easterly winds across much of the state with fresh and gusty sea breezes along the Central West and Gascoyne coasts. 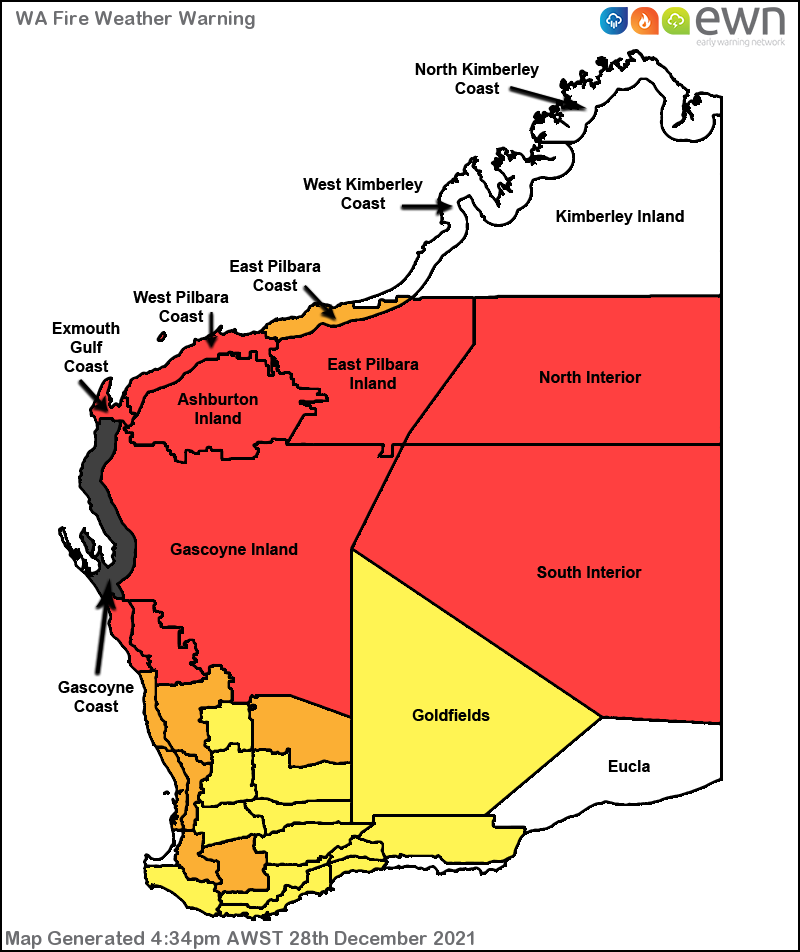