Weather Situation
Very hot and dry conditions will continue in the north and west of Western Australia on Tuesday. Fresh and gusty southeast to northeast winds are forecast across the inland Gascoyne, Central West, Central Wheat Belt, North Interior, and southern and eastern parts of the Pilbara during Tuesday morning and into the early afternoon. Moderate to fresh and gusty afternoon sea breezes are forecast for the Pilbara, Gascoyne, Central West and the Lower West districts. 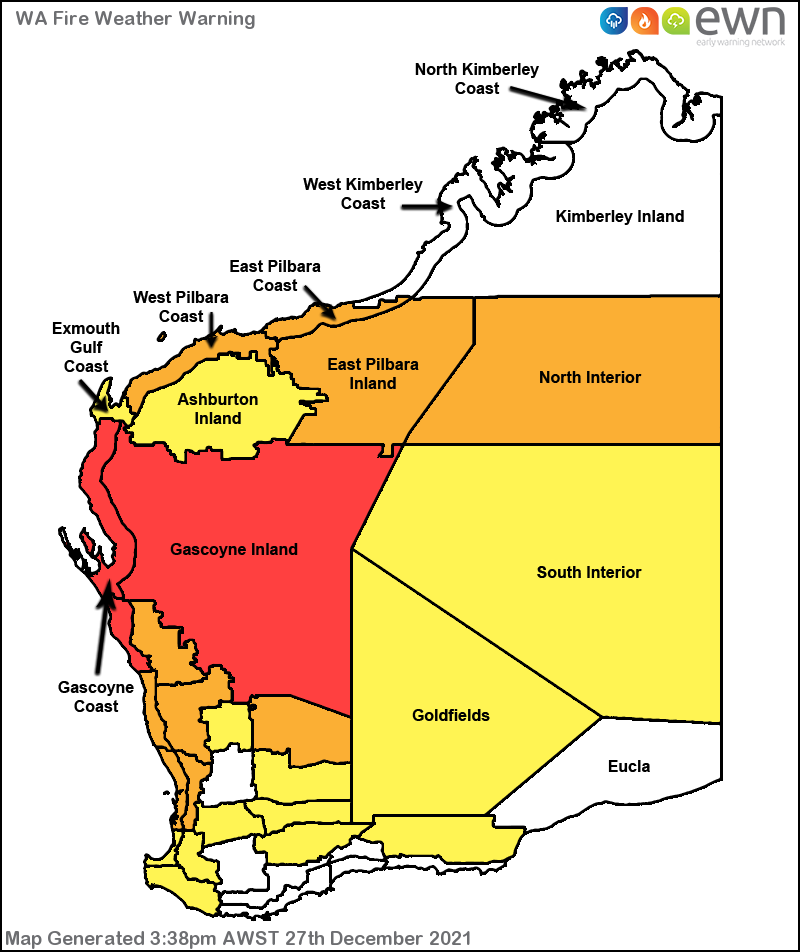