Weather Situation
Hot over central parts and the north. Moderate east to northeast winds over the affected areas, fresh and gusty over the Interior, Pilbara, Gascoyne and northern Goldfields in the morning. Winds tending south to southeast in the western Central West, Gascoyne and Pilbara. Moderate to fresh sea breezes along the coast. 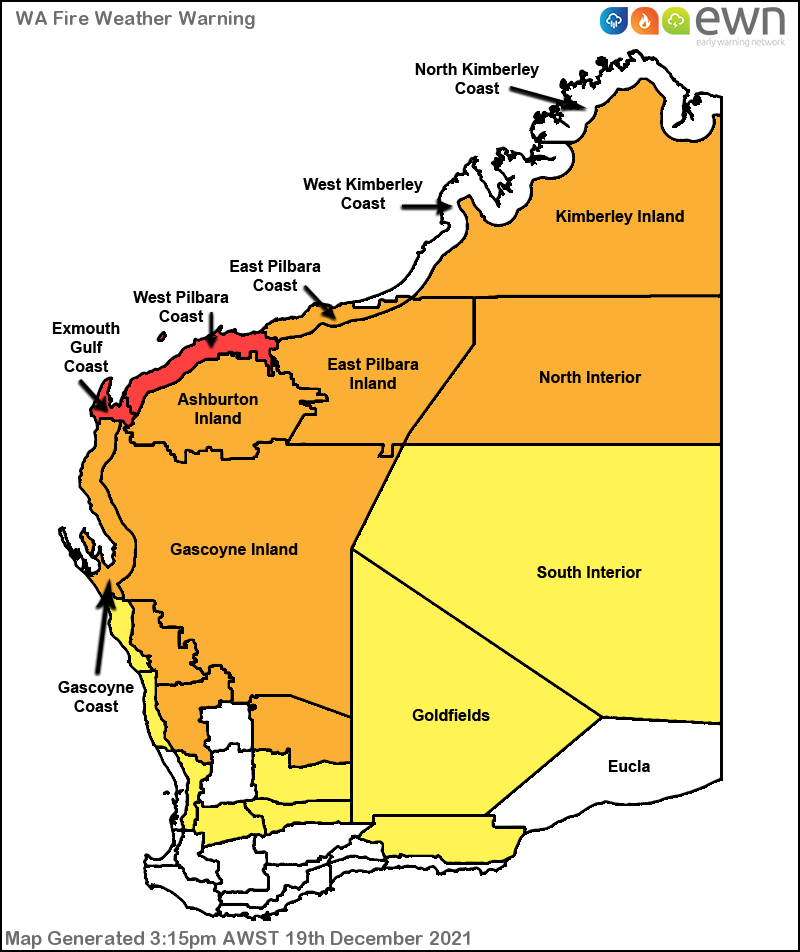