Weather Situation
Very hot and dry conditions over northern and eastern parts of the state. There is a trough extending from the North Interior to the Pilbara and a trough extending down to the Goldfields to the south coast. East of the trough there will be moderate to fresh and gusty northeast winds over the Interior, eastern Pilbara, eastern Gascoyne, Goldfields, Eucla, and south eastern parts of the South West Land Division. Fresh afternoon seabreezes along the Pilbara coast.
Showers and thunderstorms are expected in the Kimberley, eastern Pilbara, western North Interior, western Gascoyne, Goldfields, western South Interior, western Eucla and the South East Coastal Districts. 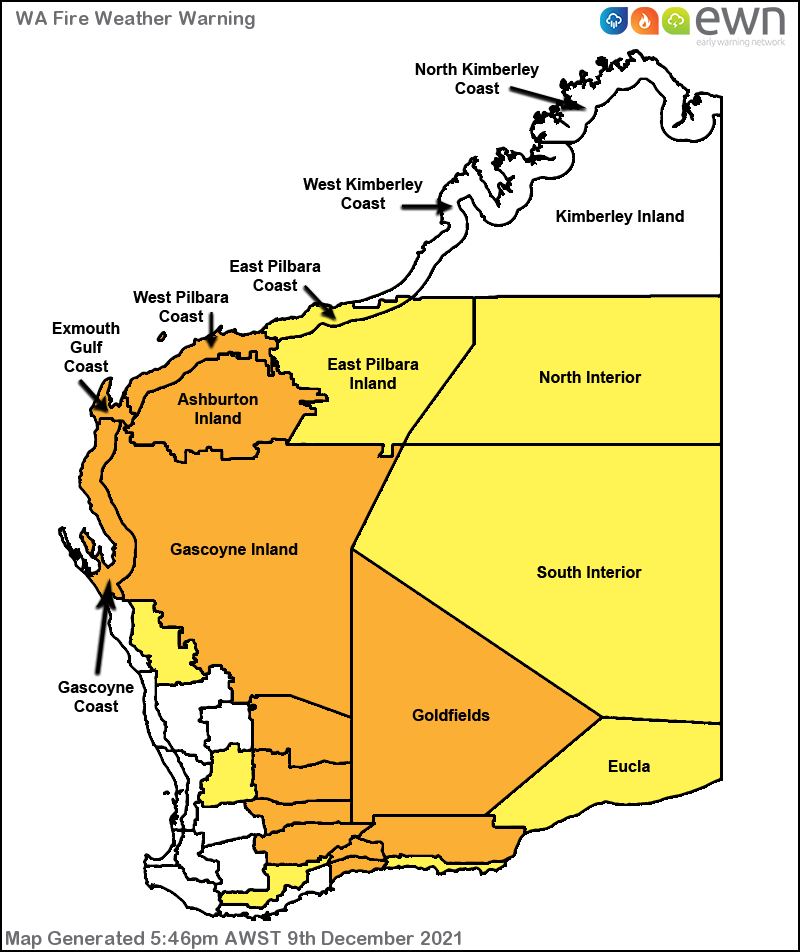