Weather Situation: Northerly winds will strengthen today as a cold front approaches from the west. The front will gradually cross Victoria during Friday and Saturday, with winds easing following the front.

DAMAGING NORTHERLY WINDS, averaging 50 to 60 km/h with peak gusts of around 90 km/h, are expected about western and central parts of the warning area this morning, extending to the eastern ranges later this afternoon.

Elevated peaks and southern aspects are most likely to be affected, and gusts about these areas are expected to reach up to 100 km/h. Peak gusts to 110 km/h are expected about the eastern ranges late tonight and during Friday.

In the Melbourne area, the northern suburbs and the Dandenongs are most likely to be impacted by damaging winds, with only a slight risk elsewhere. The periods of strongest winds are expected to be this afternoon and late tonight/early Friday morning.

The risk of damaging winds will ease from the west late tonight and early Friday morning, and is expected to be confined to the eastern ranges by dawn on Friday. 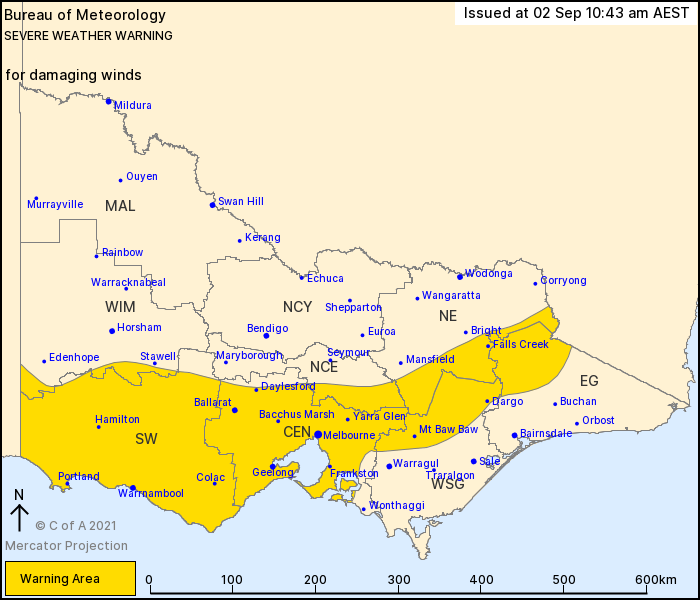