Severe thunderstorms are likely to produce damaging, locally destructive winds, large hailstones and heavy rainfall that may lead to flash flooding over the next several hours in the Central and parts of the Mallee, South West, Northern Country, North Central and Wimmera districts. Locations which may be affected include Warrnambool, Bendigo, Seymour, Maryborough, Ballarat, Geelong and Melbourne.

Severe thunderstorms are likely to produce damaging winds and heavy rainfall that may lead to flash flooding over the next several hours in parts of the Mallee district. Locations which may be affected include Mildura.

Severe thunderstorms are likely to produce intense rainfall that may lead to dangerous and life-threatening flash flooding and damaging winds over the next several hours in parts of the Central, Northern Country and North Central districts. Locations which may be affected include Bendigo, Maryborough, Castlemaine, Kyneton and Daylesford.

34.4mm of rainfall was recorded in 30minutes at St Arnaud 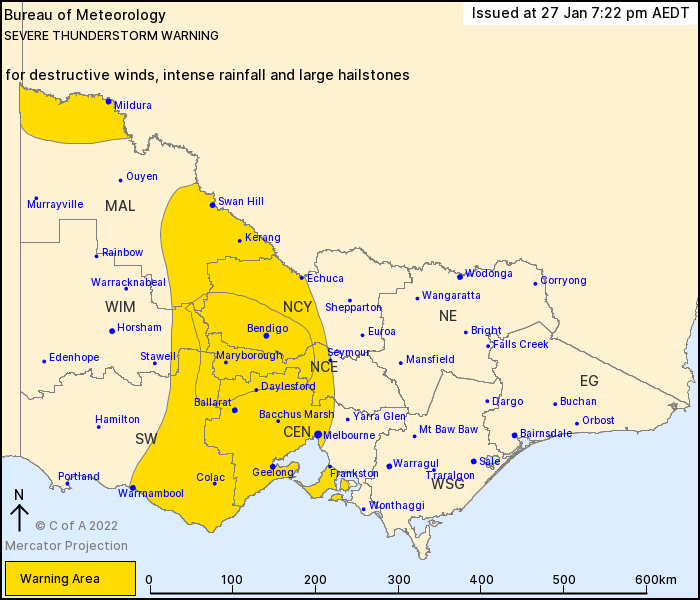