For people in parts of Central and South West Forecast Districts.

Weather Situation: Strong storms have formed on the northern edge of a rain area in western Victoria in a very humid environment and are expected to produce heavy rainfall and damaging winds while moving in an southeasterly direction.

Severe thunderstorms are likely to produce damaging winds and heavy rainfall that may lead to flash flooding in the warning area over the next several hours. Locations which may be affected include Colac, Apollo Bay and Lake Bolac. 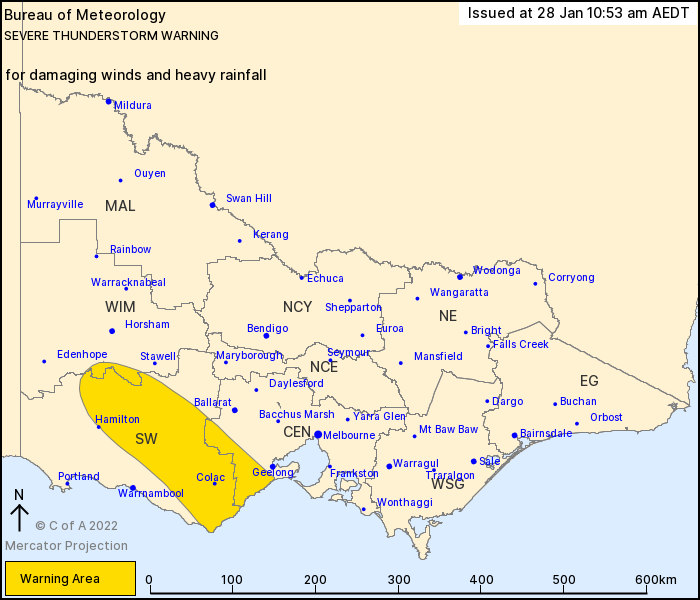