This weather system will cause rainfall and thunderstorms over South Western Victoria overnight Thursday into Friday.

Catchments in South West Victoria are wet from recent rain, particularly in the Otways.

Rainfall totals of 30 to 60mm are likely overnight Thursday into Friday.

Minor flooding and rapid river rises are possible over South West Victoria from Thursday into Friday. 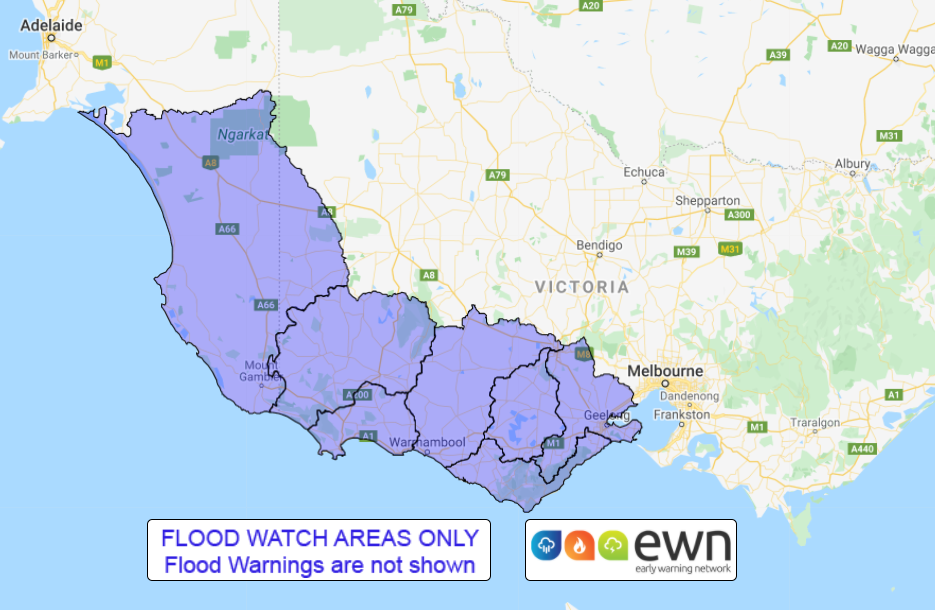