Minor flooding is likely in the flood watch area from overnight Thursday into Friday with isolated moderate flooding possible.

A low pressure system over central NSW is directing tropical moisture across northern and eastern Victoria.

Catchments in the flood watch area are generally wet due to recent rainfall. In the 24 hours to 9:00 am Thursday, rainfall totals of up to 5 mm were recorded in the North East, with localised higher falls in the far North East around the NSW border of 10-60 mm. In Gippsland catchments, rainfall totals of 10-20 mm were recorded, with an isolated higher total of 50 mm at Nilma North (Warragul).

For the remainder of Thursday into Friday, rainfall totals of 20-40 mm are forecast across the flood watch area, with 40-70 mm possible in the far east.
Thunderstorms and heavy rainfall are a risk during Thursday, with isolated higher totals of 70-100 mm possible. 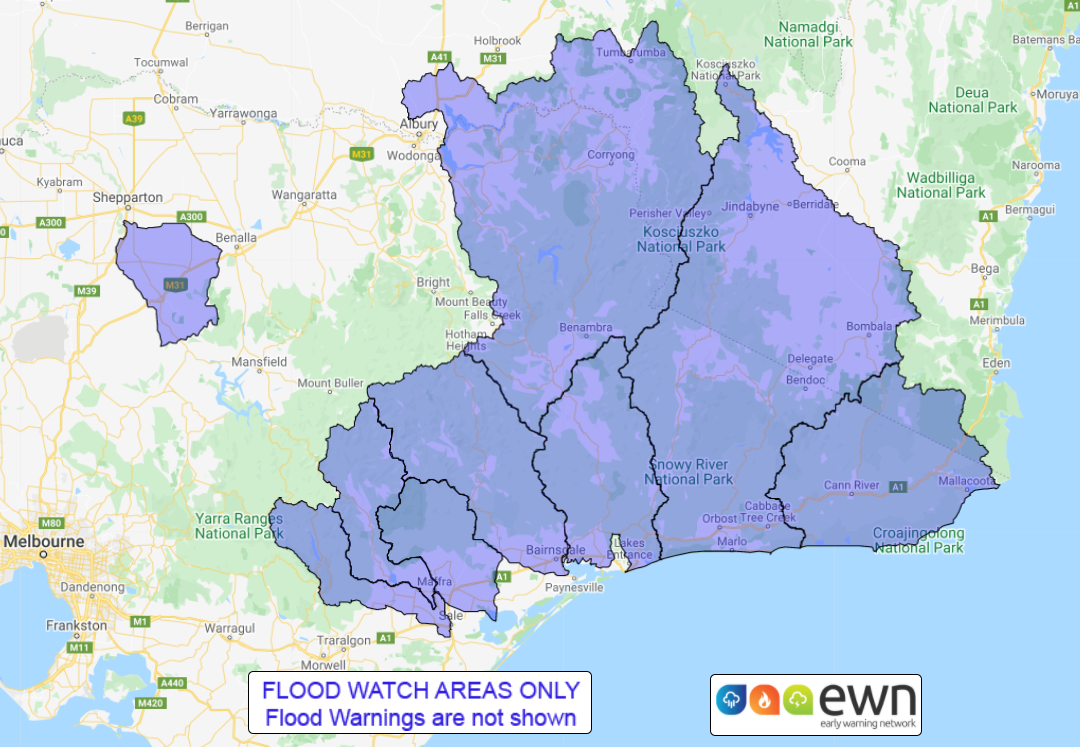