Minor flooding is possible from Thursday afternoon in the catchments of the flood watch area.

Widespread rainfall totals of 10 to 25mm are expected in northeast and central Victoria for the remainder of Wednesday, with isolated heavier falls of 30 to 40mm possible with thunderstorms. Further rainfall totals of 20 to 40mm are forecast for Thursday into Friday, with isolated heavier falls up to 70mm in the flood watch area.

River rises are expected in the flood watch catchments from late Wednesday.
Minor flooding is possible from Thursday afternoon at some locations.

A Severe Weather Warning for heavy rainfall in the North Central and parts of Central, Northern Country and North East forecast districts is current. 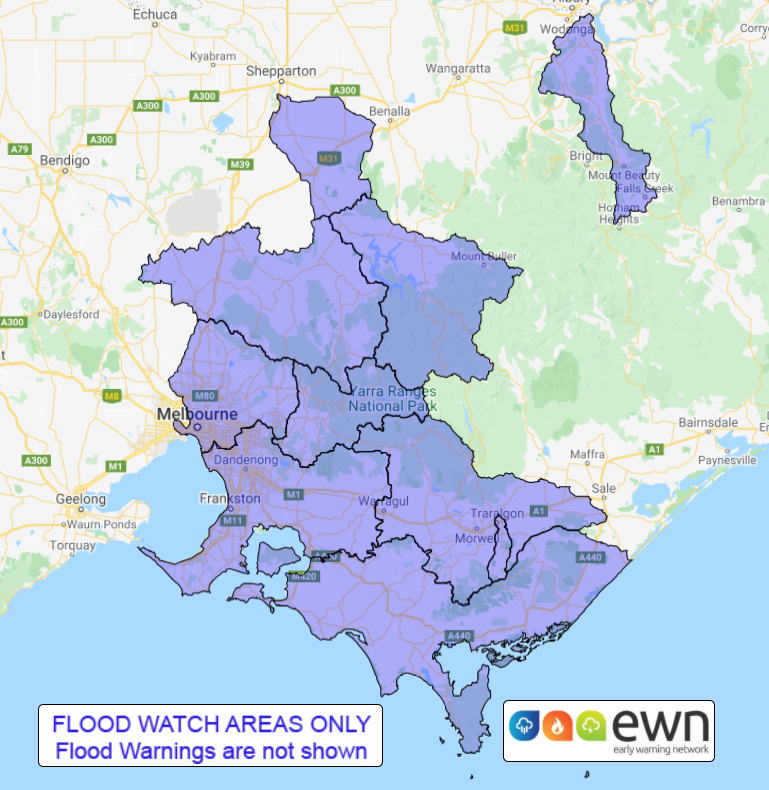