Widespread minor flooding is likely from Saturday morning in the catchments of North East, Central Victoria and Gippsland. Moderate flooding is possible at some locations.

A cold front moves over Victoria during Friday and Saturday bringing heavy rain to the catchments in the flood watch area.

Widespread minor flooding is likely from Saturday morning in the catchments of North East, Central Victoria and Gippsland. Moderate flooding is possible at some locations. 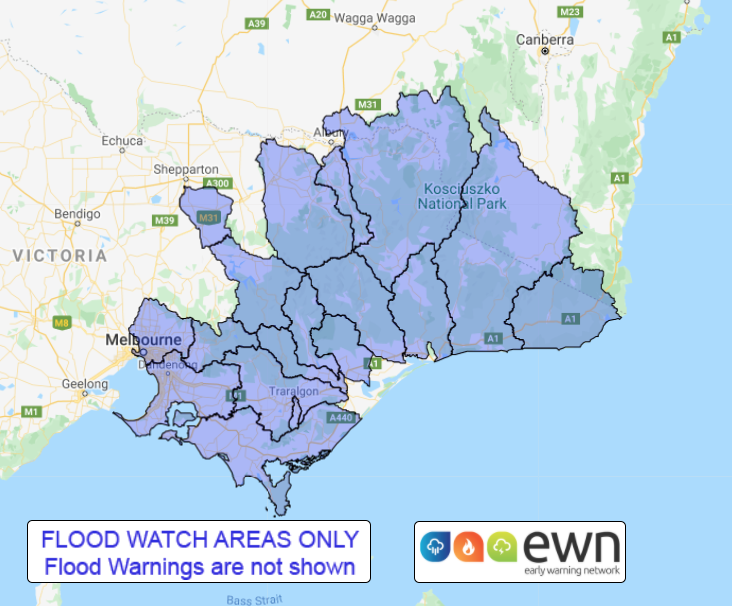