Minor flooding is possible from late Wednesday in the catchments of the flood watch area.

A low pressure system and an associated trough will move slowly over Victoria on Wednesday and Thursday. On Friday, the low will weaken and move away to the southeast.

River rises are expected in the flood watch catchments from Wednesday afternoon. Minor flooding is possible from late Wednesday at some locations.

Catchments likely to be affected include:
Bunyip River and Dandenong Creek

Note: This Flood Watch means that people living or working along rivers and streams must monitor the latest weather forecasts and warnings and be ready to move to higher ground should flooding develop. 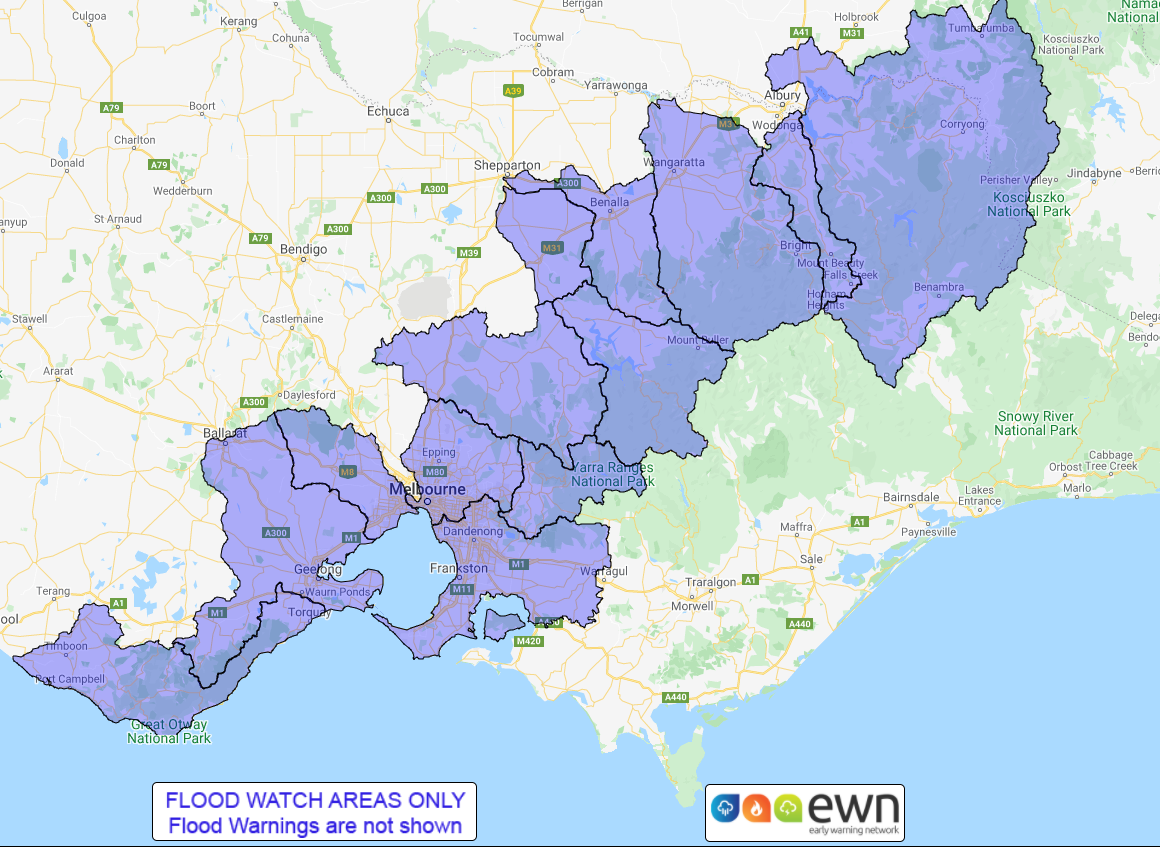