Minor to moderate flooding is possible from overnight Thursday into Friday in catchments of the flood watch area.

From Wednesday into Friday, a broad low pressure trough, with a low to its north, will slowly cross Victoria, bringing tropical moisture from northern Australia.

Catchments in the flood watch area are generally wet due to recent rainfall.

For the three days from Wednesday to Friday, widespread rainfall totals of 50 to 80 mm are forecast across Victoria's eastern districts and 20 to 50 mm in the central districts. Isolated falls of 80 to 110 mm are possible, most likely about the Gippsland slopes.

Minor to moderate flooding is expected to develop from overnight Thursday into Friday in parts of the North East and Gippsland catchments. Minor flooding is possible from Friday afternoon onwards in the eastern Melbourne metropolitan catchments.

Catchments likely to be affected include:
Bemm, Cann and Genoa Rivers

Note: This Flood Watch means that people living or working along rivers and streams must monitor the latest weather forecasts and warnings and be ready to move to higher ground should flooding develop. 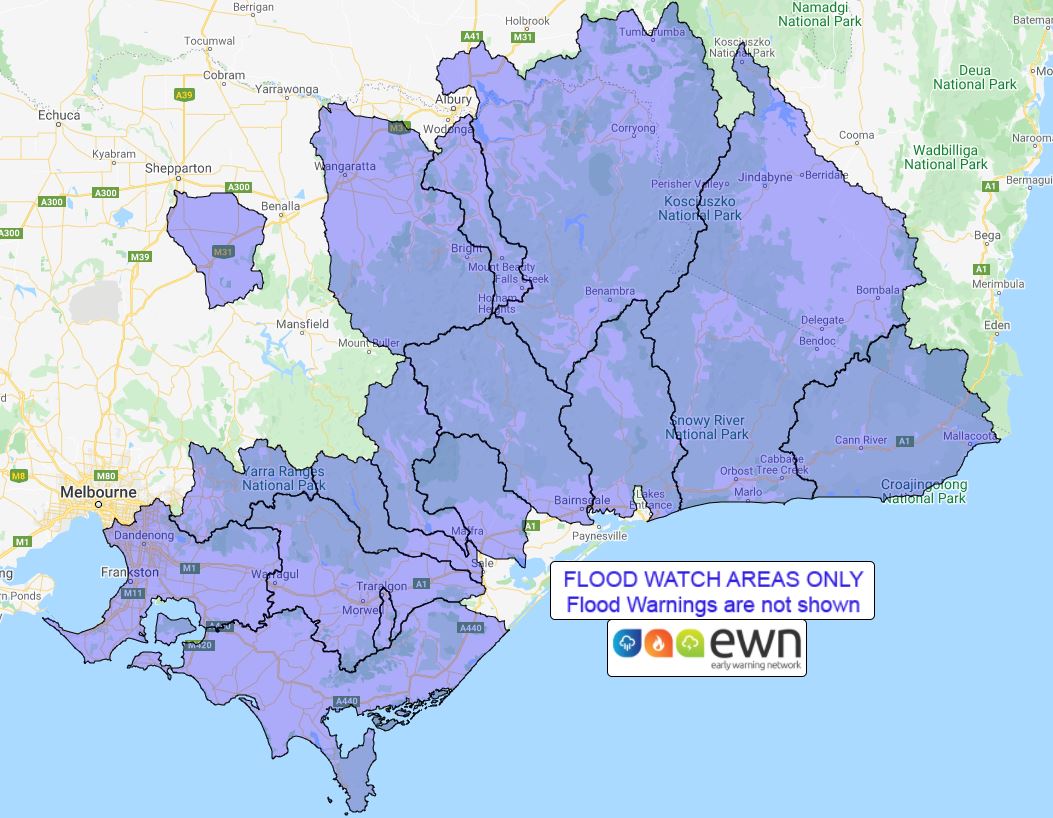