Moderate to major flooding likely across East Gippsland from overnight Sunday into Monday.

A low pressure system tracking into eastern Bass Strait is bringing moderate to heavy and at times intense rainfall to East Gippsland and eastern parts of West and South Gippsland during Sunday and Monday morning.

During the remainder of Sunday and Monday rainfall totals of 20-80 mm are forecast for parts of West, and East Gippsland with isolated totals of up to
100 mm and higher possible on the slopes east of Lakes Entrance with storms.

Flood warnings are current in the following catchments: 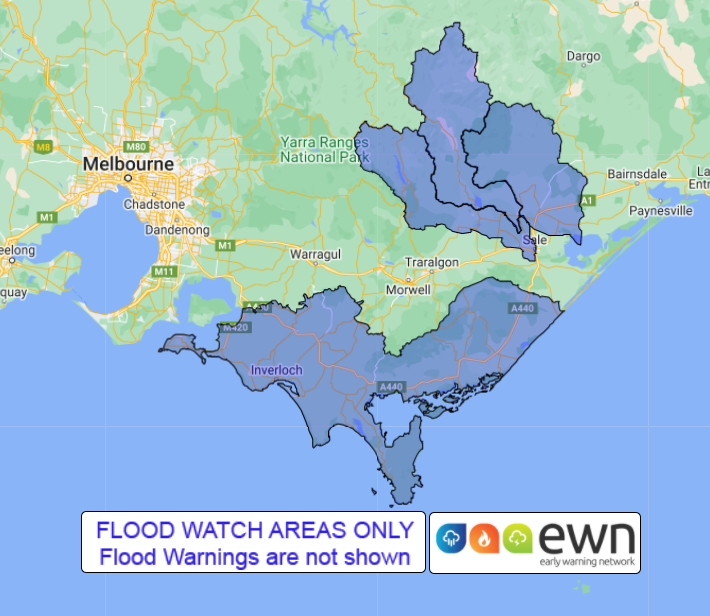