A cold front will cross Victoria overnight Monday into Tuesday. Another cold front is expected to move into Victoria's west on Wednesday night and cross the remainder of the State on Thursday morning.

In the 24 hours to 9 am Monday, rainfall totals of 5 to 15 mm have been recorded in the flood watch area.

Flood warnings are current for the Kiewa, Latrobe, Thomson and Yarra River catchments.

Renewed river rises are expected in rivers within the flood watch area, which may lead to isolated and minor flooding from late Monday onwards. 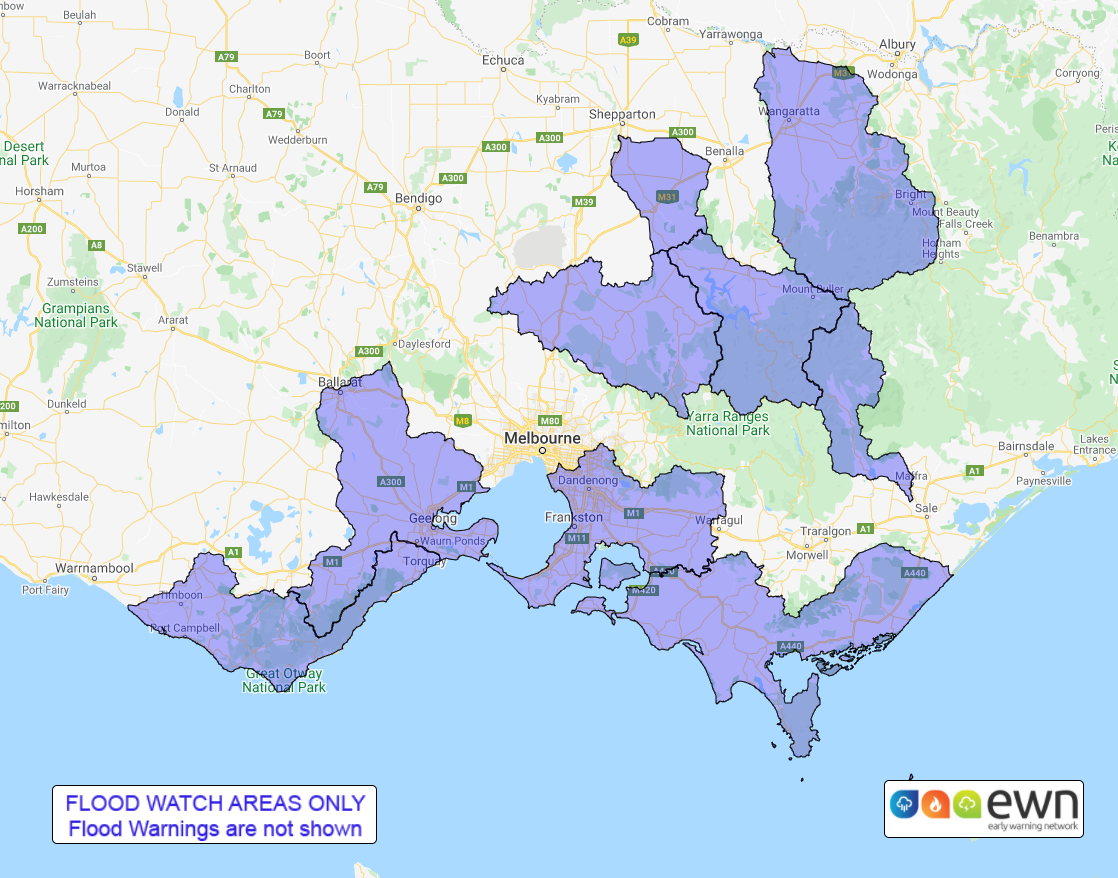