INTENSE RAINFALL HAS REDEVELOPED ABOUT THE SOUTHEAST OF THE STATE

Weather Situation: A very moist and vigorous southeasterly airstream over southeastern Tasmania is bringing damaging winds and heavy rainfall. Embedded thunderstorms within this stream are causing INTENSE RAINFALL about the southeast of the state.

Severe thunderstorms are likely to produce intense rainfall that may lead to dangerous and life-threatening flash flooding in the warning area over the next several hours. Locations which may be affected include Geeveston, Dover and Huonville.

17.8mm has been recorded in 30 minutes at Grove

17.2mm has been recorded in 30 minutes at Upper Russell

The State Emergency Service advises that people should:
* Avoid driving, walking or riding through flood waters.
* Seek shelter, preferably indoors and never under trees.
* Avoid using the telephone during a thunderstorm.
* Beware of fallen trees and powerlines.
* For emergency assistance contact the SES on 132500. 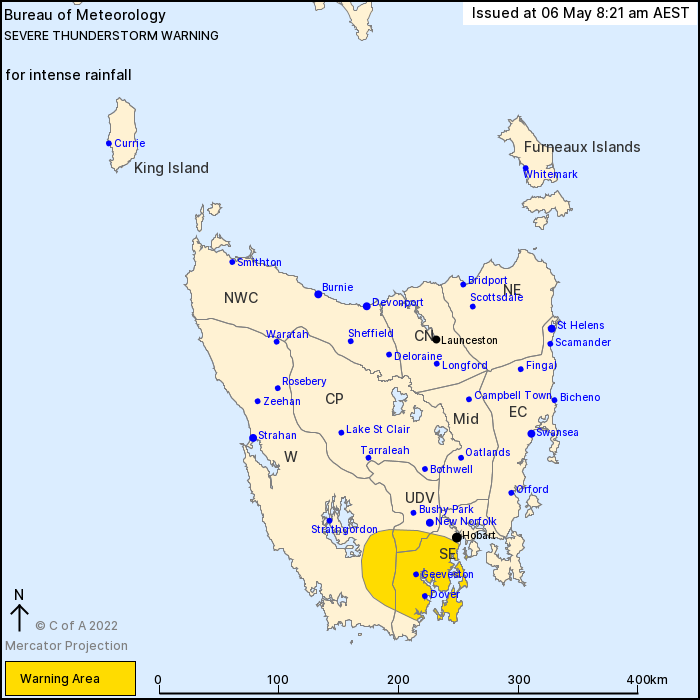