For people in parts of North West Pastoral and North East Pastoral districts.

SEVERE THUNDERSTORMS WITH HEAVY TO INTENSE RAINFALL DEVELOPING IN THE NORTHERN PASTORAL DISTRICTS FROM THIS AFTERNOON.

Weather Situation: A trough extends from a low embedded in the monsoon trough over northern WA southwards into northern SA. Convergence in an environment with significant tropical moisture leading to widespread heavy and intense rainfall.

HEAVY RAINFALL which may lead to flash flooding is forecast for the northern Pastoral districts developing from this afternoon and continuing into Tuesday.

Locally INTENSE RAINFALL which may lead to dangerous and life-threatening flash flooding is also possible in the warning area.

Locations which may be affected include Marla, Coober Pedy, Ernabella, Oodnadatta, Amata and the area around Emu Junction. 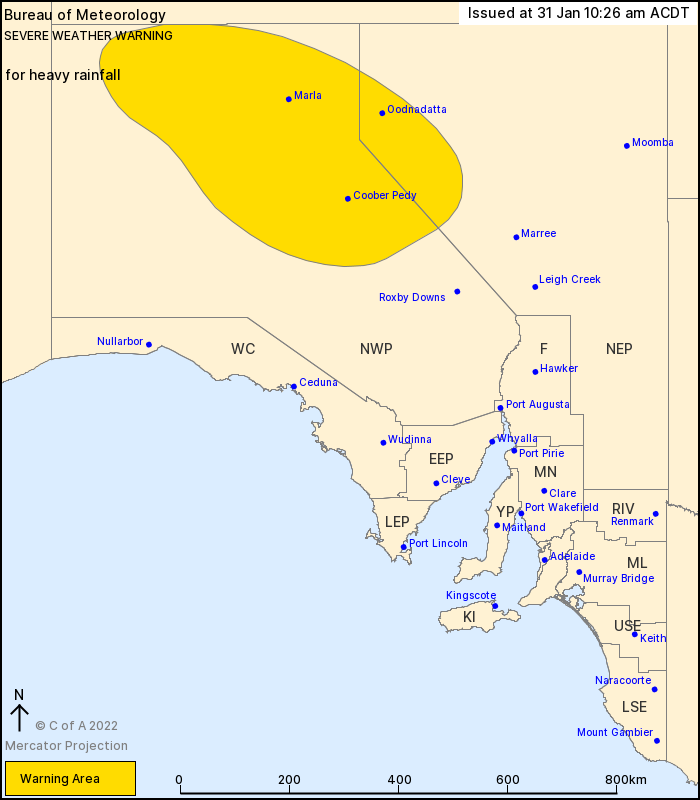