Heavy rainfall extending from Wudinna through the Pastoral and Flinders districts.

Weather Situation: A significant upper trough and associated low over southern Australia will continue to interact with a deep, tropical airmass to produce areas of heavy rainfall with embedded thunderstorms.

HEAVY RAINFALL which may lead to FLASH FLOODING is forecast to continue across the warning area tonight. Rain areas are expected to clear from the west and move into New South Wales by early Tuesday afternoon.

Six hourly rainfall totals between 40 to 60 mm are likely. Isolated 24 hour totals up to 100 mm are possible, particularly about northern parts of the Flinders Ranges.

A Flood Watch is current for Flinders and parts of North West Pastoral and North East Pastoral districts.

Locations which may be affected include Port Augusta, Roxby Downs, Leigh Creek, Marree, Hawker and Woomera. 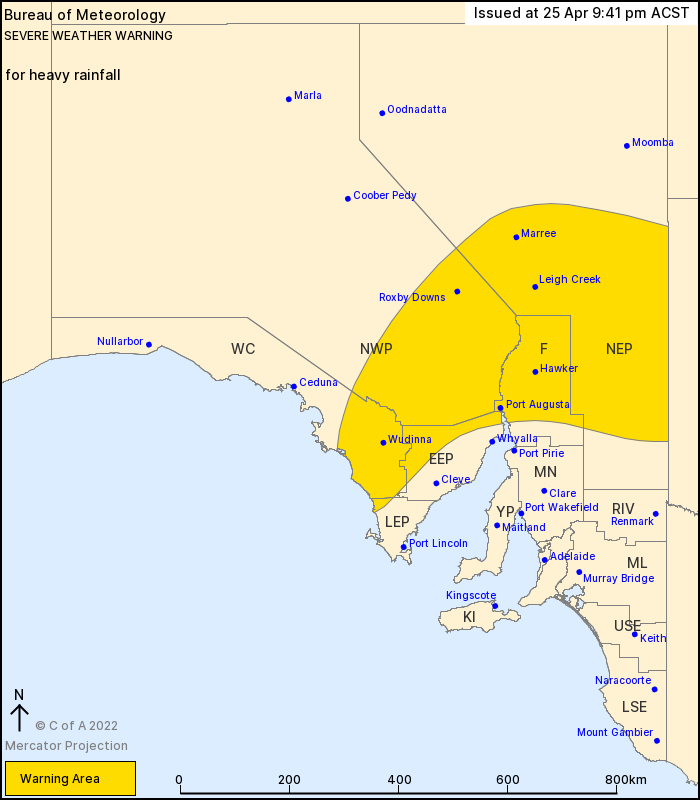