For people in parts of North West Pastoral district.

Weather Situation:Ex-Tropical cyclone Tiffany remains a deep tropical low to the north which will feed moisture into northwestern South Australia, The tropical low will rapidly weaken as it moves towards the far northwest corner of the State Monday then slowly tracks east.

HEAVY RAINFALL which may lead to FLASH FLOODING is expected to develop in the far northwest in the early hours of Monday morning, then extend south and east during the day. The heavy rain will begin to ease from the west during the afternoon and throughout the warning area by late Monday evening.
Rainfall totals of 50 to 100mm are likely, with locally heavier falls possible.

Current satellite imagery indicates the heaviest rainfall is occurring well to the northwest over Western Australia, with only light showers currently over the warning area.

A flood watch is also current for the North West Pastoral district associated with this event.
Wind gusts of up to 90 km/h are also possible across the warning area.

Locations which may be affected include Ernabella, Amata, the area around Emu Junction and parts of the Great Victoria Desert. 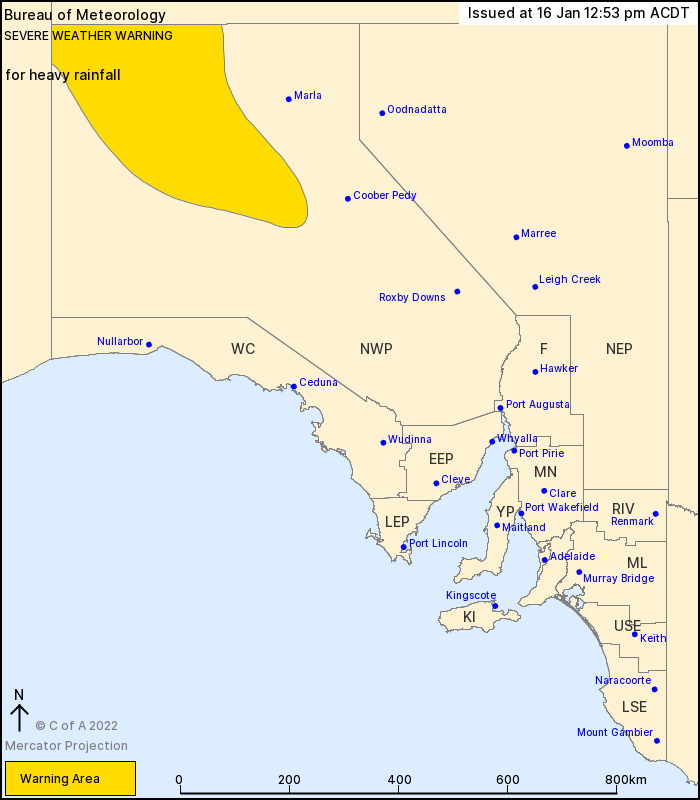