For people in parts of Flinders and North East Pastoral districts.

Weather Situation: A complex centred low pressure system near the eastern border of the Northeast Pastoral district will move eastwards into the west of NSW later today.

HEAVY RAINFALL which may lead to FLASH FLOODING may occur in the next 6 hours. The heavy rain is then likely contract eastwards and ease in South Australia.

2 day rainfall totals include 90 mm at Millers Creek and 44 mm at Billa Kalina and Roxby Downs in the Northwest Pastoral.Arkaroola in the Northeast Pastoral has received 37 mm and Motpena Station in the Flinders 34 mm.

A Flood Watch is current.

Locations which may be affected include Leigh Creek, Marree, Arkaroola, Olary, Parachilna and the area east of Lake Frome. 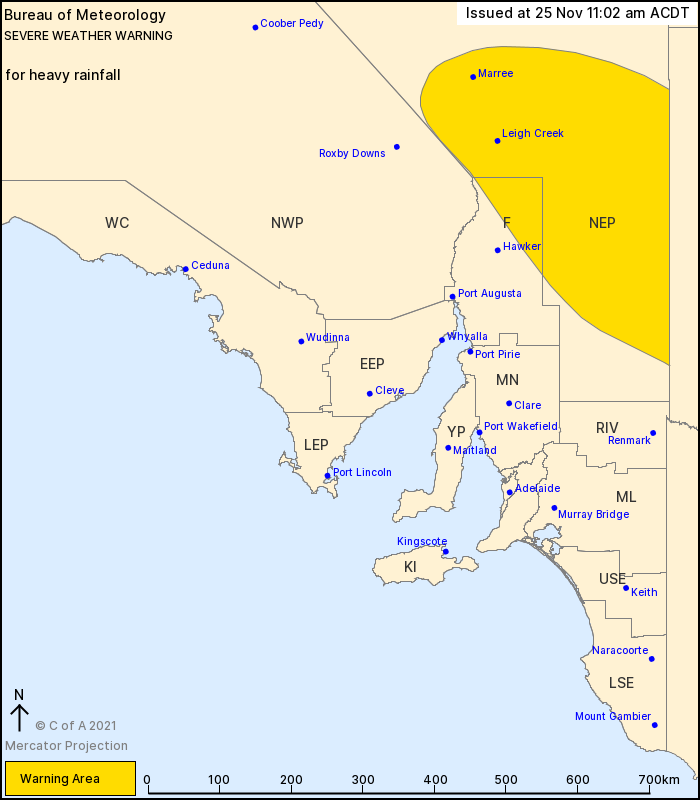