Weather Situation: A deep low pressure system is expected to move over the far northwest today then will deepen and move slowly southeastwards overnight then move eastwards during Thursday to be centred over the eastern states by early Friday.

HEAVY RAINFALL which may lead to FLASH FLOODING is likely to develop from later today across far western parts of the warning area before extending east overnight and Thursday morning then easing later Thursday.

Thunderstorms are also expected across parts of the warning area, and separate Severe Thunderstorm Warnings may be issued.

Damaging winds averaging 55-65 km/h, with peak gusts of around 90 km/h, are also possible across parts of the warning area on Thursday. Damaging easterly winds are most likely across the higher ground of the Flinders Ranges on Thursday morning, then the wind risk will extend across parts of the pastoral districts later Thursday around the western flank of the low.

Note that a separate Flood Watch is also current for broad areas of the north and west of SA. 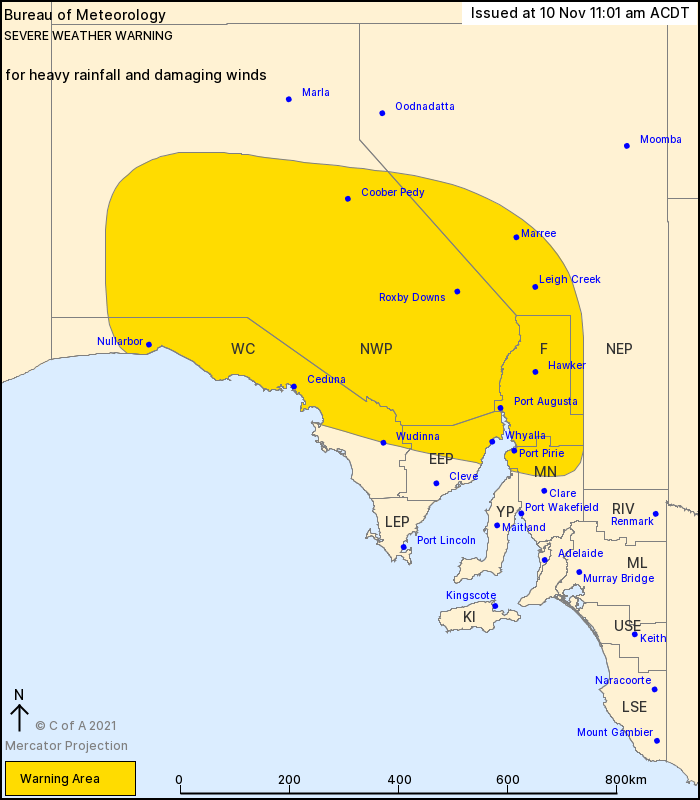