Weather Situation: A strong cold front is moving east across South Australia with damaging winds likely near and following the front. The front will continue to track east, reaching Adelaide in the early hours of Monday morning.

DAMAGING WINDS averaging 70 km/h with peak gusts in excess of 90 km/h are expected over the West Coast and southern parts of the North West Pastoral districts and over remaining central districts.

DAMAGING WINDS will extend east over the remainder between around Marree and Murray Bridge overnight before easing in the west later on Monday.

Locations which may be affected include Adelaide, Port Lincoln, Whyalla, Renmark, Ceduna and Leigh Creek. 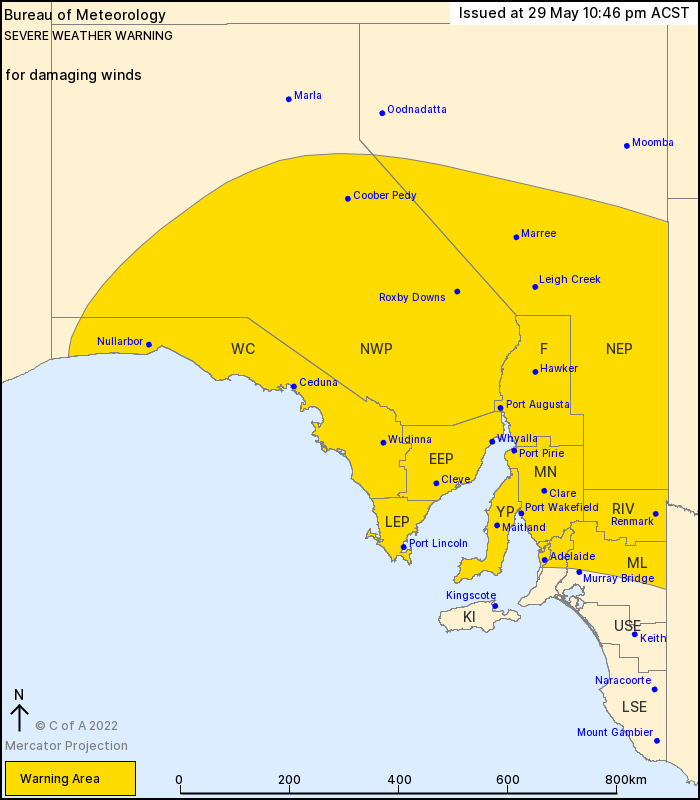