HEAVY RAINFALL which may lead to FLASH FLOODING across parts of the warning area, before easing from the west later Thursday as the low moves eastwards.

Thunderstorms are also possible across parts of the warning area.

Damaging winds, averaging 55-65 km/h with peak gusts of around 90 km/h, are also possible across parts of the warning area, easing from the west later Thursday.

Note a separate Flood Watch is also current for broad areas of the north and west of SA.

Severe weather is no longer occurring in the West Coast district and the warning for this district is CANCELLED. 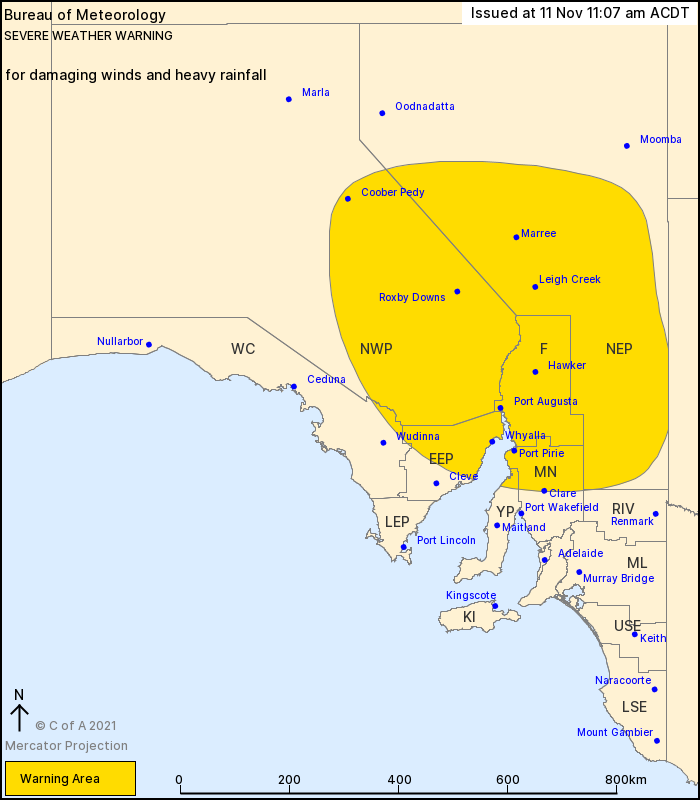