Weather Situation: A complex low pressure system will move across the south of SA today, before moving over western Victoria late tonight.

Strong to gale force northwest to westerly winds averaging 55 to 65 km/h with damaging gusts in excess of 90 km/h are forecast across western and northern parts of the State this morning.

Showers and thunderstorms are also occurring and a separate warning for severe phenomena associated with thunderstorms has been issued.

Locations which may be affected include Adelaide, Port Lincoln, Whyalla, Renmark, Mount Gambier and Ceduna. 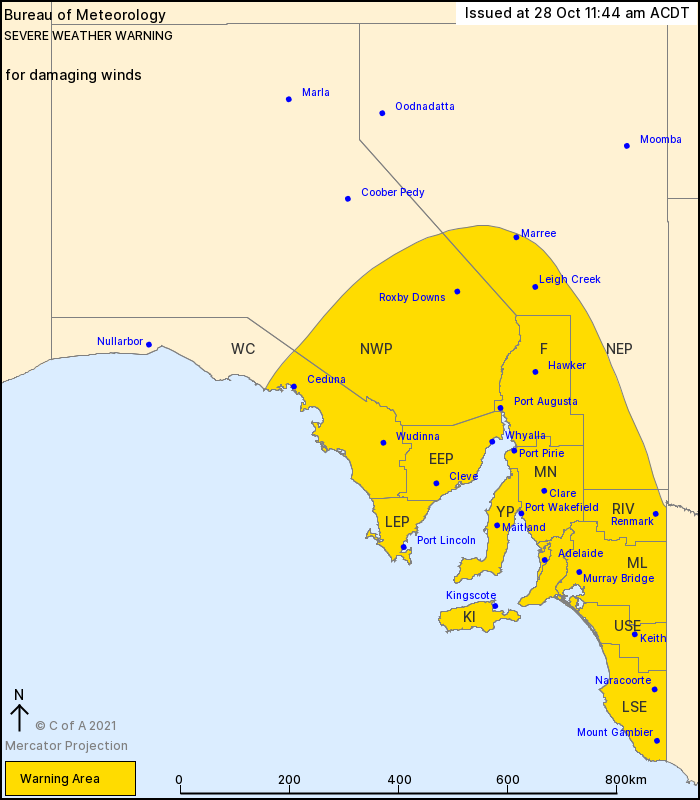