Weather Situation: A vigorous trough and strengthening low pressure system will move across the south of South Australia today, before moving off the south coast overnight tonight.
Strong to gale force northwest to westerly winds averaging 55 to 65 km/h with damaging gusts around 90 km/h are forecast to develop across western and northern parts of the State this morning.

Strong winds will extend east and south during the day on Thursday, with the areas impacted dependent on the movement and development of a complex low pressure system. Strong west to northwesterly winds are possible ahead of the low and strong southwest to southerly winds are possible following the low.
Showers and thunderstorms are also forecast to develop on Thursday and a separate warning for any severe phenomena associated with thunderstorms will be issued accordingly as required on Thursday. 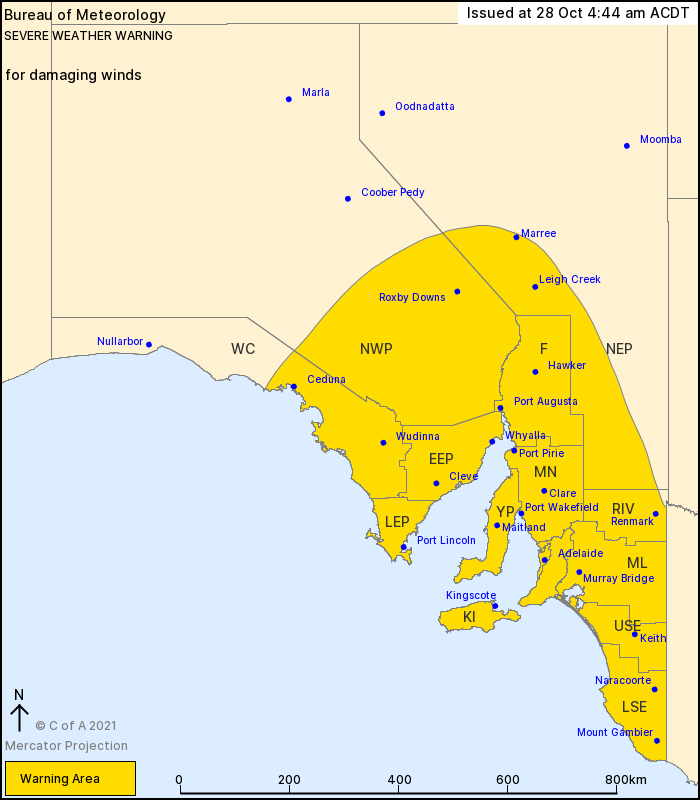