Damaging winds in the west and north on Thursday

Damaging winds, averaging 50-65 km/h at times with peak gusts of 90 to 100 km/h, are forecast in the warning area during Thursday.

Damaging winds in the west of the area will extend inland over the remainder of the warning area during the day.

Sustained gale force winds are most likely about the coast and elevated terrain. Damaging gusts will be mostly associated with showers and thunderstorms. Conditions will ease from the west during Thursday afternoon.

Locations which may be affected include Ceduna, Fowlers Bay, and Streaky Bay from early Thursday morning, then Tarcoola, Roxby Downs, and Woomera after sunrise, and then Leigh Creek, Marree, and Arkaroola from late morning. 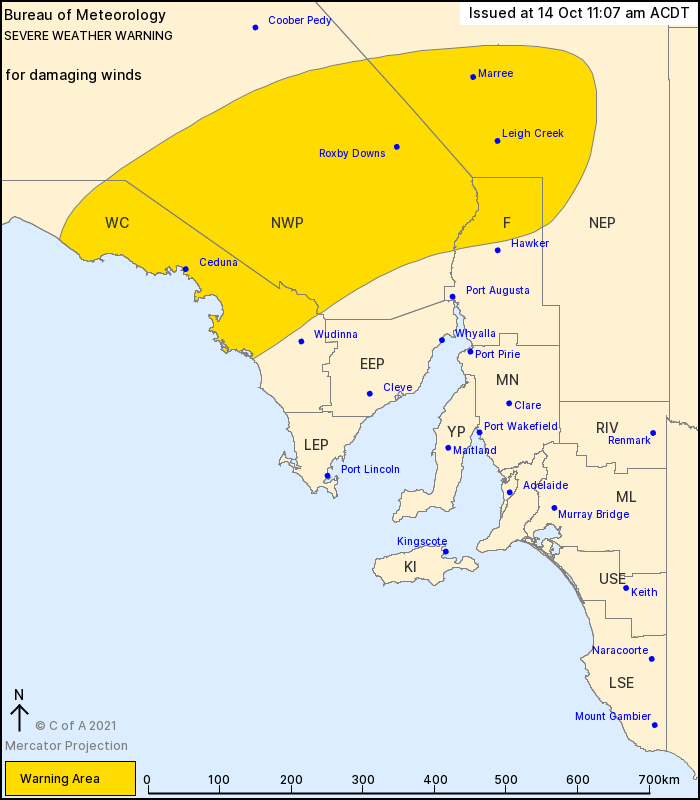