Windy conditions ahead of a cool change

Weather Situation: A cool change expected near Ceduna around midday will move across the west and south of SA today, to reach Adelaide around 6-7 pm and a line near Port Augusta to Lameroo around midnight.

Strong to locally damaging north to northwesterly winds averaging 50-65 km/h with peak gusts up to 90-100 km/h, are forecast over the warning area ahead of the change until late afternoon. Winds turning fresh southwesterly with the change, then easing.

Areas of raised dust are likely, mostly in the north and west.

An 83 km/h wind gust was recorded at Port Lincoln Airport at 8:20 am 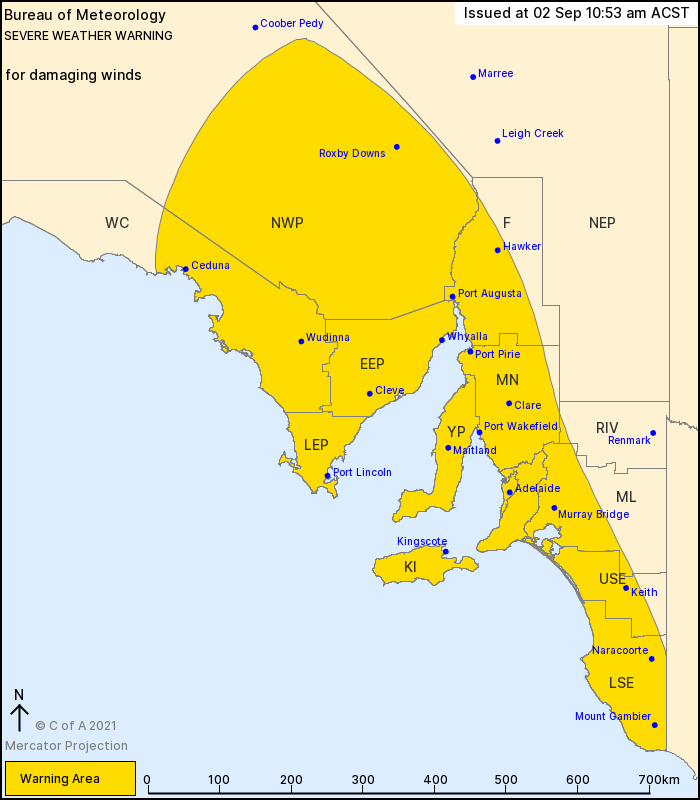