Weather Situation: A trough will move across the west and south of SA on Thursday. Strong and gusty north to northwesterly winds will develop ahead of the trough on Thursday morning.

Damaging north to northwesterly winds, averaging 50-65 km/h with peak gusts generally up to 90-100 km/h, are forecast to develop over the warning area during Thursday morning. Areas of raised dust are possible, mostly in the north and west of the warning area. 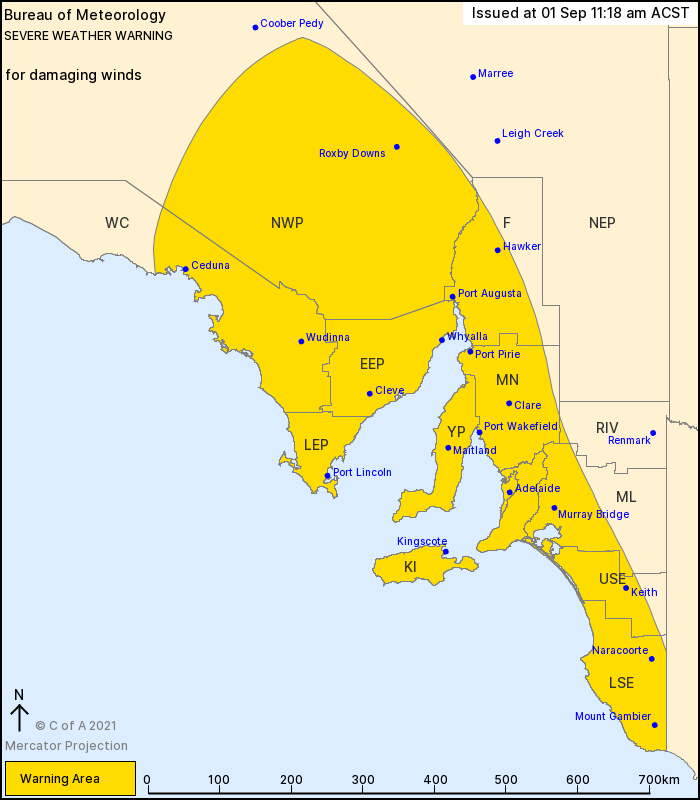