Severe thunderstorms continue in the southeast.

Weather Situation: Severe thunderstorms are continuing in southeastern parts of the state in a humid airmass supported by an upper cut-off low to the west.

Severe thunderstorms are likely to produce damaging winds, large hailstones and heavy rainfall that may lead to flash flooding over the next several hours in parts of the North East Pastoral district. Locations which may be affected include Olary and Danggali Conservation Park.

Severe thunderstorms are likely to produce heavy rainfall that may lead to flash flooding over the next several hours in parts of the Upper South East and Lower South East districts. Locations which may be affected include Naracoorte, Bordertown, Keith and Lucindale.

Severe thunderstorms are no longer occurring in the Adelaide Metropolitan, Mount Lofty Ranges, Flinders, Mid North, Riverland and Murraylands districts and the warning for these districts is CANCELLED. 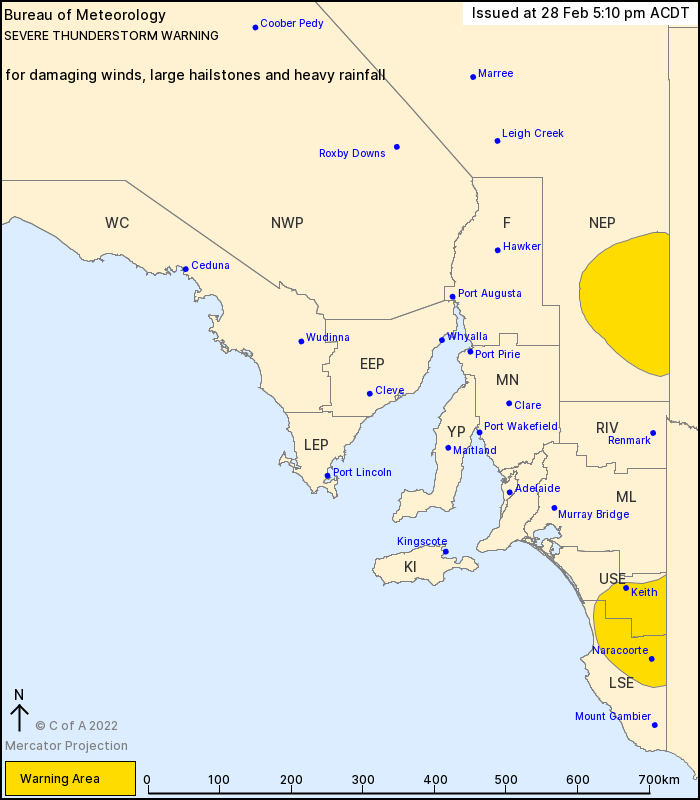