Severe thunderstorms are likely to produce damaging winds over the next several hours in parts of the North East Pastoral district. Locations which may be affected include Moomba, Mungeranie on the Birdsville Track and the Strzelecki Track south of Moomba.

Severe thunderstorms are likely to produce damaging winds and large hailstones over the next several hours in parts of the Flinders and North West Pastoral districts. Locations which may be affected include Hawker and Woomera. 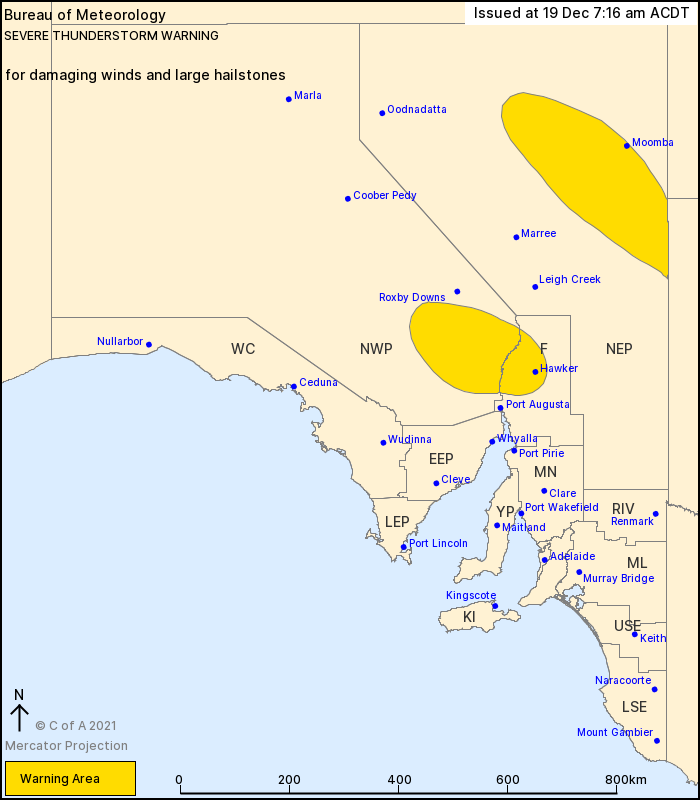