For people in Riverland, North East Pastoral and parts of Flinders and Murraylands districts.

Thunderstorms over large areas of South Australia, possibly Severe in the north and east

Severe thunderstorms are likely to produce damaging wind gusts in excess of 90 km/h and large, possibly giant hailstones in the warning area over the next several hours. Locations which may be affected include Renmark, Waikerie, Loxton, Leigh Creek, Moomba, Marree, Innamincka, Arkaroola, and Olary.

Large to giant hail was also observed at multiple locations around Adelaide this morning. 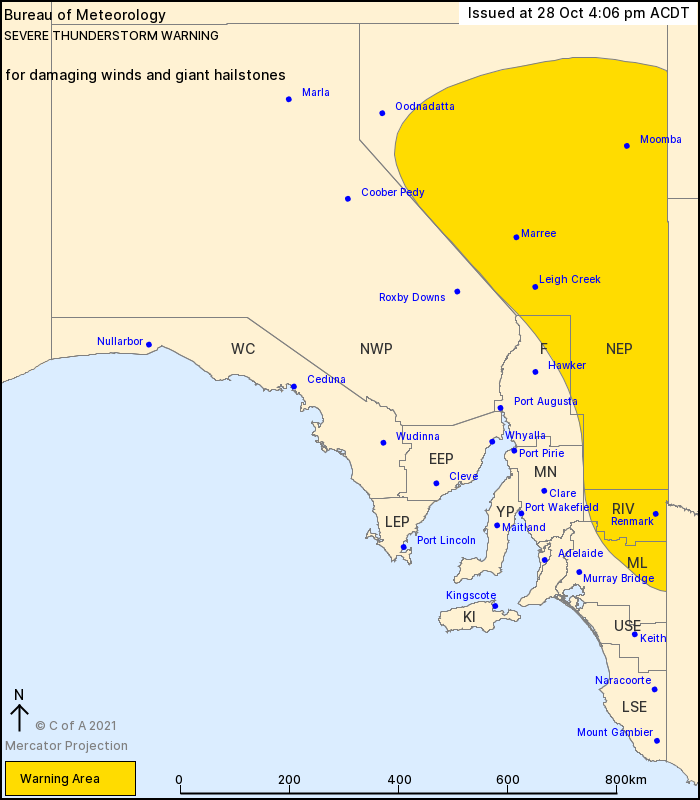