For people in parts of West Coast and Lower Eyre Peninsula districts.

Weather Situation:
An upper trough moving across South Australia is generating thunderstorms about the west coast of the Eyre Peninsula.
Severe thunderstorms are likely to produce heavy rainfall that may lead to flash flooding in the warning area over the next several hours. Locations which may be affected include Elliston, Streaky Bay and Cummins. 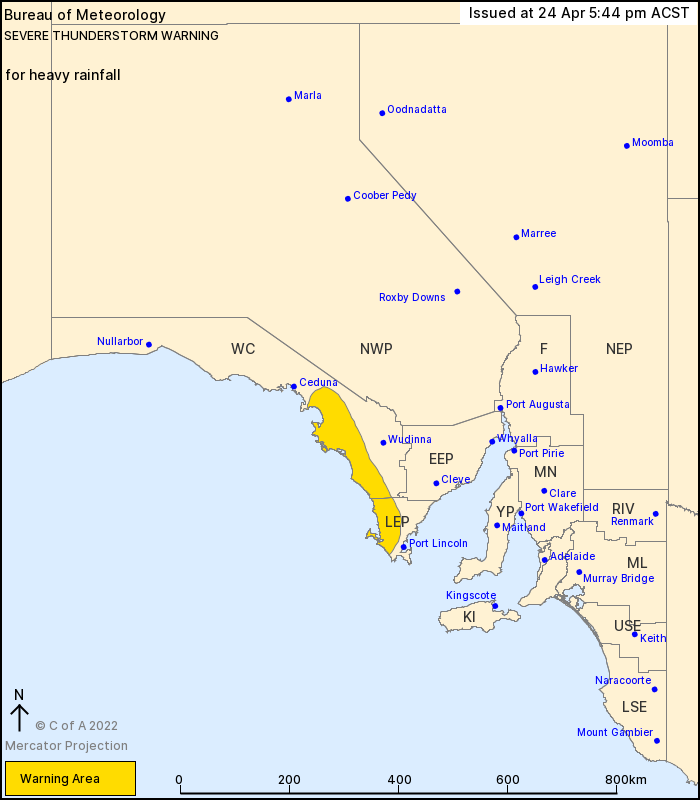