Issued at 3:06 pm Sunday, 30 January 2022.
Severe thunderstorms with heavy rainfall in the north. 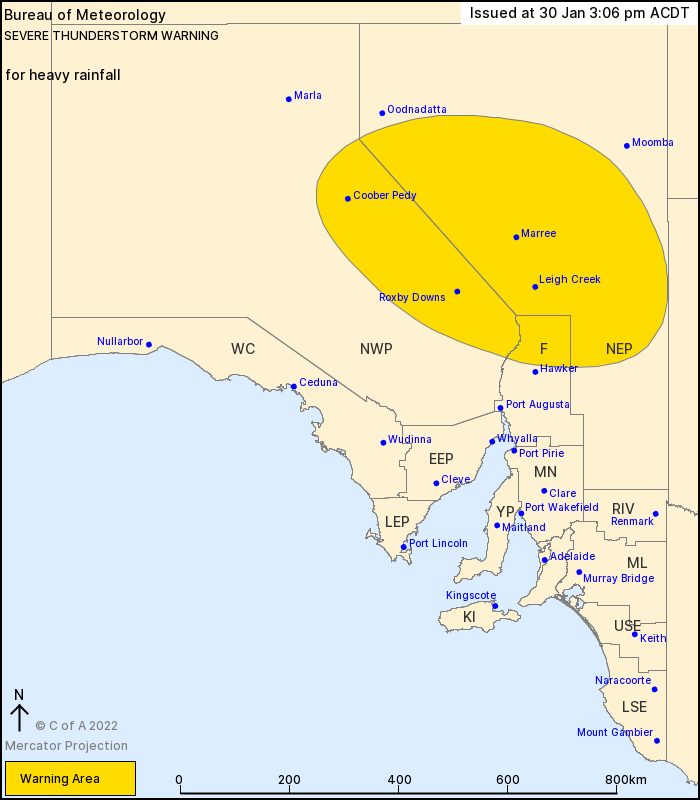