For people in Murraylands and parts of Riverland districts.

Weather Situation: A warm and humid airmass, together with an upper trough moving across the State leading to the development of severe thunderstorms.

Severe thunderstorms are likely to produce heavy rainfall that may lead to flash flooding in the warning area over the next several hours. Locations which may be affected include Murray Bridge, Lameroo, Karoonda, Blanchetown, Mannum and Tailem Bend.

Severe thunderstorms are no longer occurring in the Adelaide Metropolitan, Mount Lofty Ranges and Mid North districts and the warning for these districts is CANCELLED.

There were numerous reports of flash flooding across the northern suburbs of Adelaide, especially in the area between Munno Para West and Craigmore. 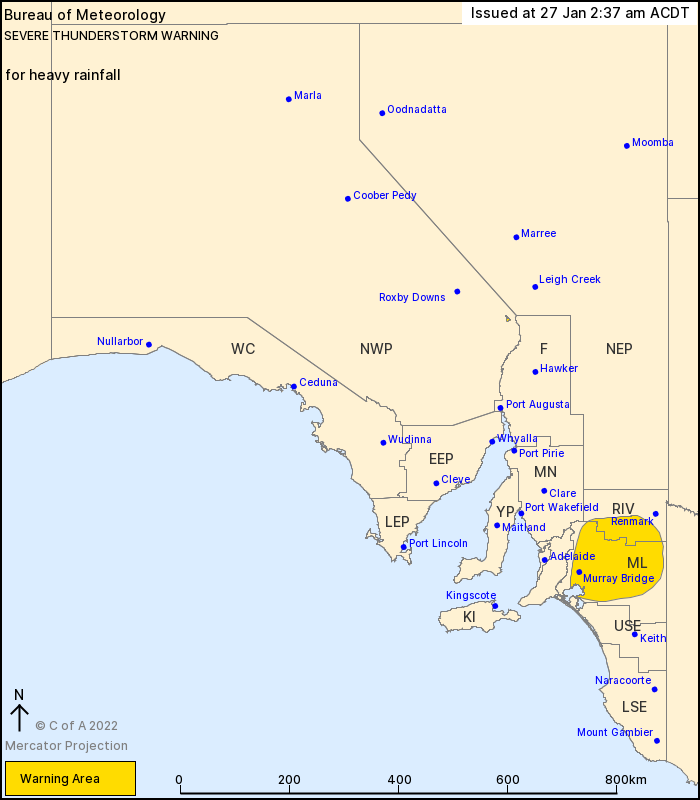