For people in Kangaroo Island and parts of Yorke Peninsula and North East Pastoral districts.

Severe thunderstorms with heavy rainfall are expected over central and northeastern parts of the state.

Weather Situation: A very humid and unstable airmass ahead of a trough of low pressure over the Eyre Peninsula and the North West Pastoral district is leading to the development of severe thunderstorms.

Severe thunderstorms are likely to produce heavy rainfall that may lead to flash flooding in the warning area over the next several hours. Locations which may be affected include Kingscote, Arkaroola, Warooka and the Strzelecki Track south of Moomba.

Severe thunderstorms are no longer occurring in the North West Pastoral district and the warning for this district is CANCELLED but the situation will continue to be monitored.

Kadina recorded 83 mm in the 4 hours from 9 am to 1 pm Sunday, the wettest day on record. 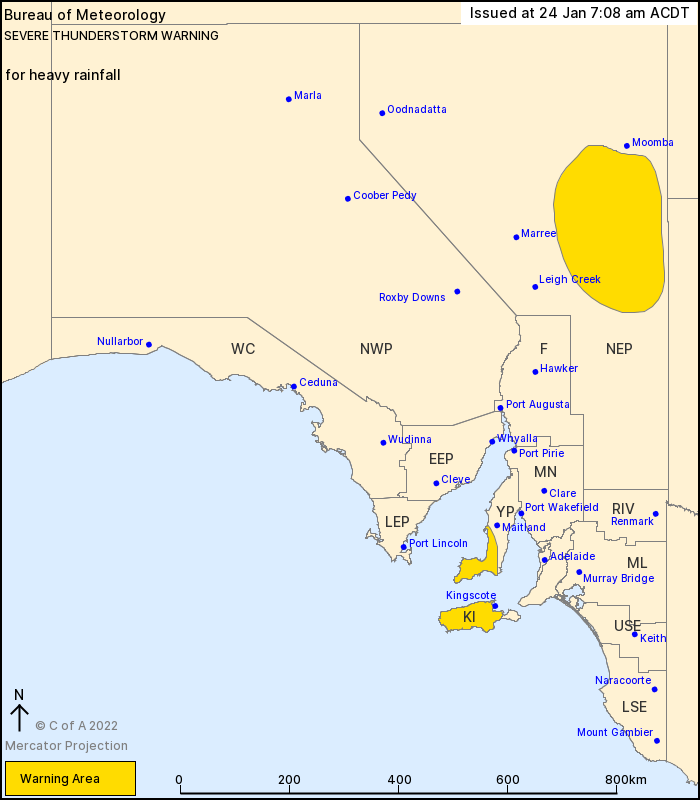