Severe thunderstorms with heavy rainfall are expected to continue over central parts of the state this evening.

Weather Situation: A very humid and unstable airmass ahead of a trough of low pressure over the Eyre Peninsula and the North West Pastoral district is leading to the development of severe thunderstorms.

Severe thunderstorms are likely to produce heavy rainfall that may lead to flash flooding in the warning area over the next several hours. Locations which may be affected include Port Lincoln, Whyalla, Port Augusta, Port Pirie, Maitland and Roxby Downs.

Thunderstorm activity has cleared over the Lower Eyre Peninsula and Yorke Peninsula over the past few hours, and the warning for these areas is now cancelled. However, conditions remain favourable for the redevelopment of severe thunderstorms capable of producing very heavy rainfall later tonight and Monday morning. Severe thunderstorm warnings will be issued as necessary. 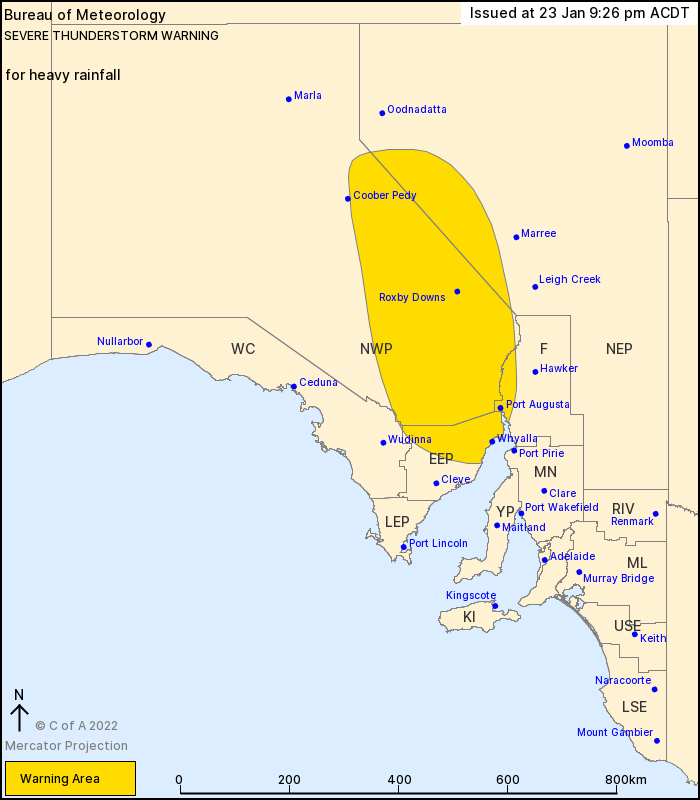