For people in parts of Mount Lofty Ranges, Mid North and Murraylands districts.

Severe thunderstorms are likely to produce localised heavy rainfall that may lead to flash flooding in the warning area over the next several hours, then ease this evening. Locations which may be affected include Gawler, parts of the Barossa valley and Mount Barker.
Severe thunderstorms are no longer occurring in the Adelaide Metropolitan district and the warning for this district is CANCELLED.
Intense rainfall and large amounts of small hail were reported about parts of the Mount Lofty Ranges and Mid North districts, with the highest rainfall totals till around 4pm, 78mm at Crafers West, 60mm at Mount Lofty, 42mm at Kapunda and 37mm at Verdun. 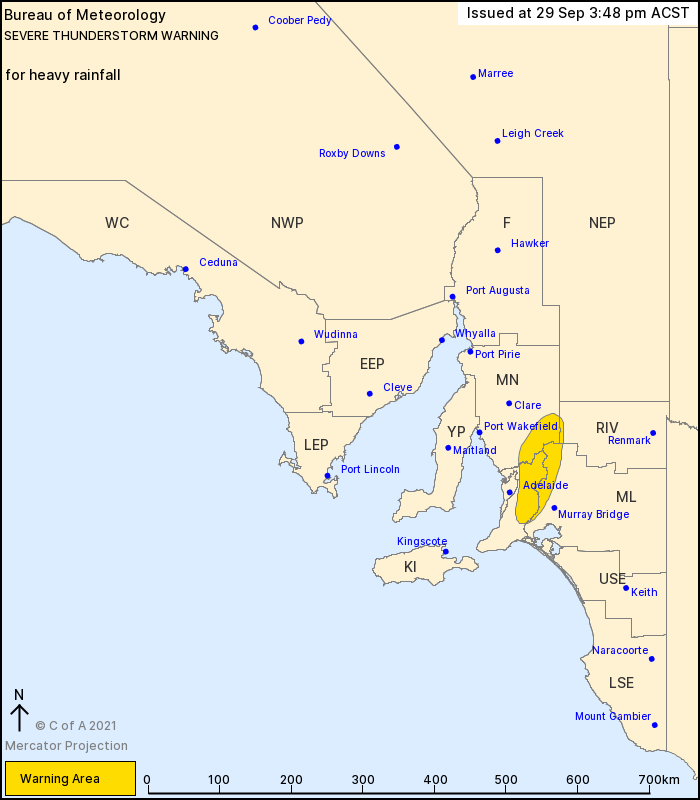