Severe thunderstorms continue across parts of South Australia, with the primary risk of Heavy Rainfall and secondary risk of Damaging Winds.

Weather Situation: An upper low pressure system and associated surface trough is slow moving over the west of the State. East of the trough lies a moist airmass resulting in the risk of severe thunderstorms.

Severe thunderstorms are likely to produce heavy rainfall that may lead to flash flooding and damaging winds in the warning area over the next several hours. Locations which may be affected include Oodnadatta, Dalhousie Springs, Fowlers Bay and the Simpson Desert Conservation Park.

A separate Severe Weather Warning for Heavy Rainfall is in place across central and northern parts of South Australia over coming days. For more information refer to http://www.bom.gov.au/sa/warnings/

31mm of rainfall recorded in 40 minutes at Oodnadatta. 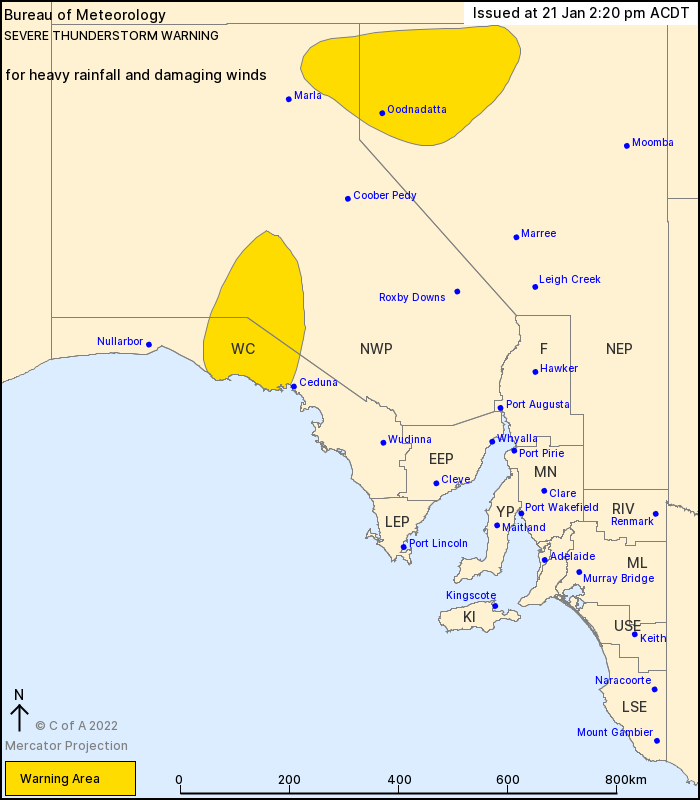