For people in parts of North East Pastoral district.

An organised line of thunderstorms have developed over northeastern parts of the state and continue to move in an easterly direction.

Severe thunderstorms are likely to produce damaging winds in the warning area over the next several hours. Locations which may be affected include the area east of Lake Frome and the Strzelecki Track south of Moomba. 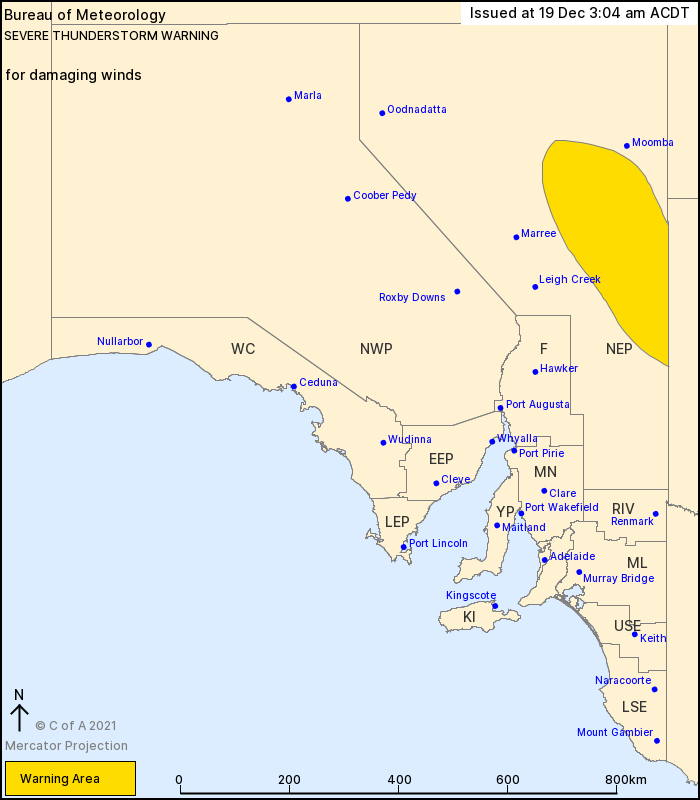