For people in parts of North East Pastoral district.

Weather Situation: Thunderstorms in the northeast of SA associated with a low pressure trough which is moving slowly eastwards.

Severe thunderstorms are likely to produce damaging wind gusts in excess of 90 km/h in the warning area over the next several hours. Locations which may be affected include Moomba, Arkaroola, the area east of Lake Frome, the Simpson Desert Conservation Park, Mungeranie on the Birdsville Track and the Strzelecki Track south of Moomba.

Severe thunderstorms are no longer occurring in the North West Pastoral district and the warning for this district is CANCELLED. 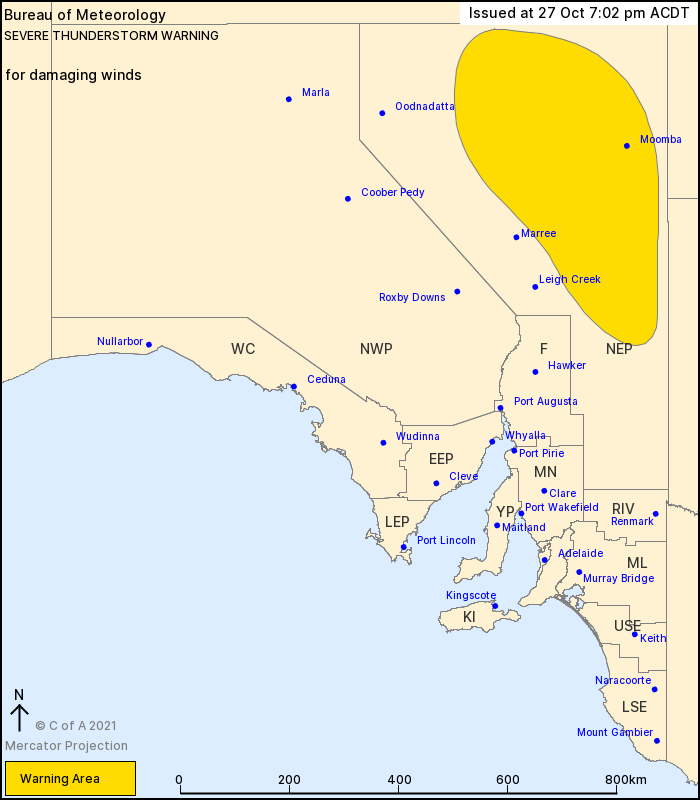